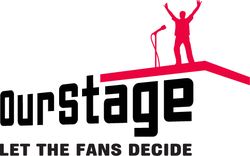 During his keynote at the Billboard Music & Money Symposium yesterday Van Toffler, President of MTV Networks Music Group MTV Networks, announced a partnership with OurStage.com to develop an array of promotional initiatives for emerging talent. OurStage's fan voting platform will be used to discover performers for showcasing across on air and online MTV properties.

Each week MTV will spotlight an emerging
artist from OurStage in "Needle
in the Haystack" Artists will be interviewed by MTV
Music bloggers and promoted heavily as an "artist to watch" across
MTVN's sites and social network channels. OurStage artists will also get their music in select MTVN air programming and its fan base will help power the next installment of CMT's Music City Madness Competition and a new iteration of MTV's $5 Cover.

From the press release:

"We're proud to work together with the MTVN music group to help build our brand into the premier discovery and promotion platform for new artists," said Benjamin Campbell, CEO, OurStage, Inc. "By creating a fair, democratic path to success for up-and-coming performers around the world, we hope to take the very best unknown artists and fully deliver on their dreams of stardom – based exclusively on their talent – as determined by the wisdom of with the fans and the reach of these powerful music brands."

"Our music brands are uniquely positioned to expose fans to emerging artists wherever they seek out their own personal music connections today – from the 150-200 daily music cues we average in current MTV programming, to the 600 music video hours on TV each week across the music networks, to online music video programming, to mobile music apps and music video games such as the popular 'Rock Band' franchise," said Dermot McCormack, Executive Vice President, Digital Media, MTV Networks Music & Logo Group. "The OurStage artist community base and extraordinary voting platform is a massive untapped resource for our music team and one of the best music discovery experiences for music fans out there today."
Bruce Houghton on 03/05/2010 in D.I.Y. | Permalink | Comments (1)
Share on: