Dumps A Glass of Water On The Wrong "Gremlins." Spawning Now. 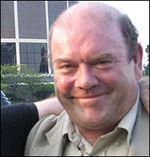 Let’s ignore the fact that each time U2 manager Paul McGuinness gives his opinion on the state of record industry and how to fix it, Mike Masnick of TechDirt, among many other “bloggers” have a heyday debunking and deconstructing his numerous obfuscations of reality.

No, what concerns me at the moment is that he’s taken to labeling my chosen profession as an industry writer and critic and felt it alright to label me an “anonymous gremlin,” whose inchoate, abusive voice is helping shape the debate about the future of music.  I’m sorry, but, excuse me—what? My apologies if I take offense to that. Thus far, the only person to criticize McGuinness’s unique argument is Brian Boyd at Irish Times. Here's a glimpse at his new essay: 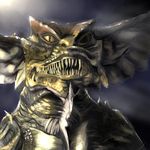 "Then there is the backlash from the bloggers – those anonymous gremlins who wait to send off their next salvo of bilious four-letter abuse whenever a well-known artist sticks their head above the parapet. When Lily Allen recently posted some thoughtful comments about how illegal file-sharing is hurting new developing acts, she was ravaged by the online mob and withdrew from the debate… You have to ask how these inchoate, abusive voices are helping shape the debate about the future of music." – Paul McGuinness.