Weezer Misleads Fans, Sells Out To Hurley International, & Has A Clothing Line On The Way 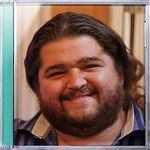 Ever wonder why Weezer called their latest album "Hurley" and slapped the face of some random character from the TV show Lost on the cover? A big inside joke or something–right? A calculated viral strategy… The only way they could top their stunt of releasing their own line of Snuggies… Actually, it's none of it, none of the above.

According to Voyno at The New Rockstar Philosophy and a subsequent video that was released, the reason that the album is called "Hurley" has absolutely nothing to do with the show Lost or some kind of prank at all and everything to with the fact that the Surf Company Hurley that partially funded the production of their latest album. Say what?!?!?!

Not only that, but the band has a line of clothing that's being released in malls across the country later this year. Very punk rock of them.  Don't believe me?

Take A Look At This Video: