A Music World That Centers On The Fan 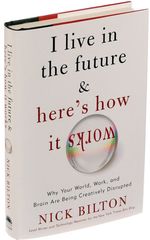 (UPDATED) In less than a decade, the record and music industries have shifted from being artist-centric to revolving around the fan. The focal point of the traditional consumption system used to be the artist; it was up to the fan to do the rest. If the artist sat down and did an interview with Rolling Stone, whether or not the fan heard about the feature depended on their commitment to following the artist, but mostly chance. They either had to be a subscriber to the magazine or walk by the stand on precisely the right week. Otherwise, they wouldn’t know. Same goes for the release for the newest single, tour dates, and any other offerings by the artist.

To follow an artist, the fan had to pay attention to various media outlets and publications—being bombarded with the information of all the other acts that they may not have been as interested in—just to find out news about the artists that they did like. The reward for their fandom consisted solely of information; they were armed with insight into the happenings of an artist that lesser fans weren’t as aware of. The emergence of the social web has lowered the barriers of fandom and made getting updates on an artist as simple as opting into their email list, liking them on Facebook, or following them on Twitter.  Now, the fan doesn’t have to keep track of the radio stations and music publications that might happen to feature their favorite artists. They track only the ones that their most interested in.

The music world has also shifted to focus on the fan. Instead of visiting the various sites of artists, concert promoters, and ticket retailers, fans can subscribe to artists and be notified of their activities as they happen in real-time. Also, in many instances, they are targeted directly with marketing messages—in a semi-personalized manner—rather than being assumed as anonymous.

These shifts, however, do come at a cost. When it was difficult to discover info about artists, the reward for paying attention was in the news itself; the continued empowerment of their fandom. Today, artists are discovering that the information isn’t enough. Now that the barriers to fandom have been lowered, they have to provide new incentives to their fans. News before it’s even news, free MP3s, access to music before it’s officially released, and limited addition items, these are the new rewards for attention in an age when information is no longer suffices.

In effect, artists follow their fans, not the other way around. According to Nick Bilton, the lead writer for The New York Times technology blog Bits and author of I Live in the Future & Here’s How It Works, “Content will eventually automatically follow you from screen to screen and place to place.”

Bilton dreams of a future where the feeds that fans follow are intelligent enough to know what news they’ve read already, shows they’ve attended, and the music and merch that they already own; it should factor in info their friends recommend and what’s being discussed on their social networks. Most important, he argues, “these systems” should do this without fans having to instruct them or tell them anything. “Right now,” he admits, “a lot of this is wishful thinking.”

In a music world that centers on the fan though, his assertions probably aren’t that far off. As less of a premium is placed on information, artists will be forced to create new incentives in order for fans to buy into the whole package and their music, as well as a more personalized way to do so. Otherwise, Bilton thinks that many fans will simply go and get it themselves, in the way they’d prefer to consume it—a method that some might call stealing.

History has conditioned us to place artists at the center of the music and record industries—those immensely talented musicians and singers who shaped popular culture with their affluence and innovativeness. Yet, their music, as industry pundit Andrew Dubber has argued in the past, it creates meaning—that’s what it does for audiences. “And, that meaning,” he says, “is cultural. That meaning is not about what the songwriter was thinking about, or even the cultural context of what the songwriter was doing, but what it means to [the fan.]"

In other words, the music has always centered around the fan.  And with the proliferation of digital and social technologies, along with the waning influence of traditional social institutions, the rest of the music landscape is now starting to focus on them too. As the barriers to fandom change and information becomes more abundant, so too will the rewards needed to promote engagement among fans and to persuade them to buy into the full artist experience.