A New Age Of Extremes: How The Social Media Hype Machine Kills What It Creates 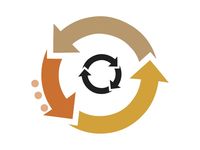 Are file-sharers killing the careers of artists that the record and music industries create? Or, are we? We—broadly defined as the social media hype machine that we've played our part in fueling—both as professionals and fans. It's as if our society has ventured into a new age of extremes. The traditional music consumption system is running on fumes; mainly, the momentum created by nearly ten years of MTV's Total Request Live. Everything else being played is new to the extent that it came out in the last ten years to twelve months, yet it all sounds deathly restricted to the same formulas.

Online you have a separate phenomenon. Discovering music is a novelty. What used to be the labor of love is now the norm. There's no shortage of new artists, only of journalists and bloggers willing to write about them. There are so many publications that are pinned against each other, all with the intent of shinning light on the many and consequentially staying loyal to the few.

So many new groups are coming out of the woodwork that one doesn't even need to keep tabs on the artists that came out in the two years prior; their five replacements wound up in the inbox of journalists and bloggers yesterday.

Through radio, major labels are attempting to break artists before it's too late. Online, artists are breaking out too soon. Yet, both music consumption systems, old and new, are subject to the same unfortunate paradox.

With the decline in the sales of recorded music, labels lack the breathing room to bet on ten artists and pray that one sells the ten million to make up for the meager performance of the others. Albums need to breakeven out of the gate and there's less of a chance that they will pay for the others, let alone, themselves.

Therefore, the music has to be highly and quickly popularized. Otherwise there's no chance in hell that it will be able to sell half as much as the albums that came out last year and sold twice as much. Long-term, career-building view or not, the labels have to cater to the pulse of now. Similar to search engines, it's not enough to give people results anymore; they want what's being said right now.

Labels need artists to spike in popularity. Then, they position themselves to monetize the earlobes and eyeballs while their still there. For fear that consumers may move onto spending their money on the next tech or game craze tomorrow.

In the midst of this frenzy, new artists are being catapulted through a similar accelerated media hype cycle. Not because they're attempting to lodge themselves inside the afterburner, but because the biases of the mediums that support them are dialed into 'the now.' In the past, publications like Rolling Stone and Spin came out every couple of weeks or once a month. They informed readers about what music they should be listening to at the moment.

The emergence of the social web, one fueled by Tweets, status updates, and blog posts informs the same audience of what they should be listening to right now. This very minute. Artists that get caught in the stream, however delighted they are to be plucked from obscurity, oftentimes lack the resources to properly capitalize on their newfound stardom. Some have have the sites and the widgets. Some don't. That or they're just not mentally or emotionally ready to deal with it.

The slayer of these types of breakout artists—major label represented, indie, or otherwise—that same unfortunate paradox, is that the media hype machine that created them will likely kill them before it makes them stronger. Some may make it out alive. But, sadly, for most artists, the odds aren't stacked in their favor.

If It Can Rise, It Dies

According to research released last year, artists that quickly increase in popularity die faster. Researchers Jonah Berger and Gaël Le Mens analyzed over 100 years of data on first name adoption trends in France and the US. Across both countries, they found that the more gradually that a name became popular among parents, the slower that faded out of popularity. Therefore, as a whole, more children received names that weren't the equivalent of blockbusters.

Whereas those that did spike in popularity, and may have seemed like they were everywhere, actually rose and fell at the same high velocity. This meant that despite the fireball of interest, fewer children inherited the seemingly more popular names. Why is that? Parents interviewed in the study indicated that they viewed names that experienced more rapid rises in usage as fads. For that reason, they decided to avoid these names as they seemed to have less staying power.

The authors also note that similar scenarios have been observed in the music industry. At the time of the observation that they cite, artists that rocketed up the charts in an instant tended to fall away just as quickly; they realized overall lower sales than those that experienced more organic growth. The difference today is that if fans perceive an artist to be a fad, they may not buy their music at all.

Killing In The Name Of Now

But they'll file-share it. By downloading the quickly popularized music, as economist Umair Haque has argued in the past, they're deriving the extra value from getting the songs for free, as much as they want insurance against buying something they didn't want in the first place or that they're perceived to be a fad.

Similar to the way that parents shied away from overly popularized first names, the more rapidly popularized that an artist becomes, the more fans perceive them negatively, avoid buying their albums, and file-share the short-lived songs instead.

The more fans do this, the more labels are forced to create music that can go viral and become blockbusters instantly, and the faster new artists are blitzed into the mix, feeding into an ever more vicious cycle that kills what it creates.

It could very well be that emerging social ecology of music culture online has proved to be as unforgiving as the media landscape that preceded it. Artists at both ends of the music consumption are killing themselves to live. But, as Bruce Houghton and I have argued, there's still hope. As industry professionals and fans, we need to resist the temptation of now and learn how to savor our music.