“An Effort To Become The IMDB Of Live Music.” Part 2 Of An Interview With Michelle You of Songkick 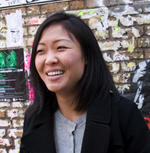 This is the second part of my interview with Michelle You, who is co-founder and Head of Product at Songkick; the live music database and concert alert system. In this segment, You talks the archival aspect of Songkick, how they've become the largest database of live music in the world, and the enornous opportunity before the record industry in the digital age.

Kyle Bylin: The most active concertgoers aren't solely live music junkies as much as they are a different kind of collector. They have long since kept a running album of ticket stubs and other memorabilia that they accumulated at shows, ranging from guitar picks and t-shirts and other obscure objects of interest that artists threw from the stage or that were found at the venue.

How of you enabled concertgoers to put their fandom on display in the online sphere rather than being something that they simply do for themselves and does the act of putting their entire show histories and the artifacts connected to it redefine how fans think about their fandom?

Michelle You: This archival aspect of Songkick is really close to my heart. When we first set out with the project, there was no way to share your live music history—what we call your gigography—online. All your past shows are like a personal biography; they say a lot about who you are. With Songkick, you can create a profile of your past and upcoming concerts by searching our database of over 1.5 million concerts stretching back to the 1960s. You can then add photos, videos, posters, the set-list, reviews and much more to each concert, creating a scrapbook of your live music history.

"Collectively, the result is really something special."

Each concert finally has a permanent home online where everyone can contribute, wiki-style, to the record of that show. Every show then contributes to the artist and venue gigographies, so together we’re all creating a testament to live music history—it’s the power of crowd-sourcing at work. Now imagine if all that info is one relational database, you can slice and dice that data in really interesting ways: you can see all of Bob Dylan’s past concerts, which venues he’s played at the most, etc. All that data is available through our API for anyone to play around with.

KB: Part of the problem with the idea of tracking shows in general is remembering not only the headliners, but the opening acts too.  Then, depending if you kept the stubs, trying to reconcile the year that you saw the show. Last year, Songkick announced that they would like to build the largest database of live events—ever. That way, fans could mark not only the shows that they are attending now, but every show that they've attended in their lives.

What approach did you take to trying to become the largest database of concerts in the world and why is it significant and critical to your success to have that far-reaching of a historical archive of live shows?

MY: I hope it’s not too pushy to say that we are definitively the largest database of live music. We already had methods in place to get upcoming concert listings and, obviously, all those events happen and are then in the past. But we wanted to get a database of all the concerts that happened—ever—not just those within the last few years. We spent a year researching fansites, tour archives, Wikiepedia, basically every corner of the web that could conceivably have historical live music information, and indexed all these concerts for our database, meticulously citing the source for each one.

Initially, we set about doing so because it was really important that you could create your personal gigography quickly and easily by searching our archive—it would never get off the ground if you had to add each concert to Songkick. That project soon morphed into an effort to become the IMDB of live music, an authoritative database that stands as a universal reference point for concerts.

KB: The last decade in the music and record industries was underpinned by numerous technological and societal shifts, but the most predominate and unchanging trend is the great migration of the social ecology of music culture to the digital sphere as it becomes damaged and dismantled in the physical world. All is not lost, because a new, more chaotic ecosystem is emerging online and is being built by interactions of fans and the artists that they love.

Moving forward into the future of Songkick and the initiatives that your company is undertaking to ensure its position in this new digital ecology, what do you think it will take to rebuild music culture online and in what respect will Songkick be a part the evolution of this ecosystem?

MY: One of the great benefits of the digital disruption is its facilitation of the music discovery process. Pitchfork, Hype Machine, and Spotify help me discover new bands I may never have known about if I had to go to a physical location to buy a physical object in order to do so.

"We’d like to be as helpful as they are in the discovery of live music, and our approach is to partner with great music services to distribute live music information."

So as you’re browsing YouTube or listening to a band on the Hype Machine, you’ll see relevant concert information. We’re all about this felicitous discovering of concert info. We’d like to see ourselves as the circulatory system for live music info on the web—pumping it around everywhere.

KB: In a recent column in The Atlantic, urban studies theorist and best-selling author Richard Florida wrote, "Music was one of the first industries to experience the brutal effects of the digital transition, and it's clear that the ability to make money has shifted—even for the most established acts—from selling albums, CDs, and even digital downloads to live performance and, well, designing experiences."

When we talk about the shift from an album-centric business model to one based more on the designing unique experiences for fans and connecting with them on multiple levels and giving them reasons to buy contextually relevant products, do you fear that we are losing album artists who may not be as good as a live act—to pull people out to shows—but whom are still able to produce remarkable music in studio?

MY: The digital disruption of the music industry has challenged the industry’s business model, not whether people love music. Music has been around since before capitalism, before it was commodified, and as long as music is an integral part of what it means to be human being, it will exist in some form or another—the big challenge is in figuring out how to support the artists, so that they can continue to do so.

"The disruption of the album-centric business
model merely means that the recording
is no longer what fans are willing to pay
for—something else must take its place."

The live experience has proven to be a profitable commodity, but that’s by no means the only one. So while there may be artists who can’t support themselves by touring, it’s up to us, collectively, to figure out a way for them to continue to make their music, whether that’s by selling the film and TV rights to their music, crowd-funding their projects through Kickstarter. We need to explore the business model options all artists, not just those who perform live.

KB: In his fantastic book Cognitive Surplus, social media commentator Clay Shirky writes, "What matters most now is our imaginations. The opportunity before us, individually and collectively is enormous; what we do with it will be determined largely by how well we are able to imagine and reward creativity, participation, and sharing." To me, this quote speaks volumes and gives insight into the future of the record and music industries in the digital age.

Is the opportunity before us—to rethink and recast the cultural industries in a new light and lay down a more sustainable infrastructure—enormous and what do you imagine that it will take to forge a brighter path into the digital age for the record and music industries, as well as, others?

MY: I’m not smart enough to figure out the new path forward, but doing a startup has taught me a lot about decision-making in the face of enormous uncertainty. Being an entrepreneur is inherently risky—only 1 out of 10 startups make it, and you’re constantly pushing against time to survive. The lean startup movement advocates experimentation, rapid iteration, and, above all, continuous learning. When building Songkick, we have no idea which features will be successful, which designs will work, and what we do is prioritize rapid iteration and the constant testing of options to learn, from our users, what actually works. It’s an approach that gives us the best chance of survival.

This approach resonates with me as very, very wise and applicable to the music industry. We can’t predict the future, we have no idea what will work, so the onus is on us to try stuff out as rapidly as possible so we learn from our failures. You see this experimentation with new revenue models in the various music startups out there: Spotify, Rdio, now defunct AmieStreet, even with YouTube.

Instead of being naysayers, we should encourage experimentation and failure, because that’s the only way we’ll learn and approach the right answer. The music industry needs to embrace this philosophy and encourage innovation instead of defending itself against change. I absolutely believe the spirit of the lean startup movement is applicable to industries that may not be as fleet-footed as the web—for example, Atul Gawande wrote about the health care industry’s experimental approach to fixing its crumbling system in the New Yorker.

Synchblog on 09/21/2010 in Live & Touring | Permalink | Comments (0)
Share on:
Top
Follow Us on Daily Summary Subscription
Advertise on Hypebot