The Aura Of Music Has Been Imbued In Objects 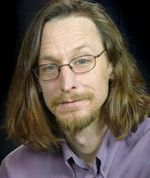 In his most recent New York Times column, Rob Walker, author of Buying In: What We Buy and Who We Are, explores the increased emphasis on band-branded merchandise and the complications of that surround music as we venture into a post-format world. The challenge before us, he argues, is that we have to “imbue objects with the aura of music (or musicians) as technologies make owning the music itself a less physical experience.”

The paradox of music in the digital age is that we still feel the need for a material manifestation of art, at a time, when it is becoming increasing disconnected and represented in evermore ethereal forms. Fans want something that they can hold in their hands and collectively align with their identities, yet, their primary means of consumption relate to their need to be unbound by physical artifacts.

The digital technologies that mediate our experiences are pushing us towards a future where our attitudes towards music are more representative of the devices that we use than of the actual content that they reposit. In these cultural containers, the aura and identity of music blends together and is muted by the presence of all the others. To counter this trend, artists are left with the task of intermeshing their music with items that don’t facilitate the playback of music per se, but that serve as expressions of their art and tie their collections of songs to relics—in the physical world—that serve as gateways to their music.

Course, the illusion of ownership has underpinned music for years. Fans possessed the plastic disc, but the contents; they were merely granted a license to. These days, fans haven’t become less willing to buy music as much as they have become uneager to pay for the authorization to hear it. They demand access to the songs and need to live with them before they can determine if they want to own them. The catch-22 is that the music is in their possession and many don’t understand that they haven’t paid for the right to hear them.

Blind faith made a much better model for the record industry—fans bought an object that granted them access. Now, fans want the right to listen to music without buying the medium, yet almost need an artifact tied to the songs to justify their purchase. Thus, artists have to imbue the aura of music in objects even though the only thing their versed in selling is songs.