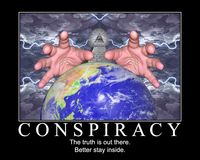 If I understand this "theory" correctly, an entire cottage industry has been erected around indie music and companies and bloggers like myself and others have been leading these poor and helpless musicians off a cliff like buffalo, only to be taken advantage of by businesses and gurus more than willing to take their money. We’re peddling nothing more than illusions and dreams of a musical middle class that doesn’t exist and perpetuating the myth of the DIY musician.

In giving a platform to the thinkers and professionals in this field, all we’ve done is falsely educated and advertized products, services, and philosophies that serve to promote the movement and encourage musicians to give their money to a bunch of greedy and self-serving hypocrites whom preach empowerment in one breath and utter the words “idiots” in the other. That the principles and practices these people speak of have nothing to do with a sincere interest in creating a more sustainable and healthy digital ecology of music culture—one that gives strength to those musicians who may not have made it in the traditional label system.

Instead, they advocate for the digital revolution and the disappearance of class lines between professionals and amateurs purely in hopes of convincing another musician to join their growing customer base.  After all, it’s false hope that sells widgets, distribution, and website management platforms, not the dark and cold reality of a media landscape that has been pillaged by soulless fans and an onslaught of digital technologies that have convinced them that music should be free for eternity. The talk of the end of the gatekeepers is just wishful thinking.

As a new elite is simply raising higher gates in more places. All the while, saying that the playing field has been leveled when the gaps between the upper and lower class of musicians have never been more predominate. Us digital utopians and tech-evangelists have no interest in music at all, nor do we care about musicians in general, we’re simply here to proliferate the fantasy of living off of your music and having a thousand true fans—whatever it takes to sell Premium memberships to our sites and dupe you into paying for our services.

That’s some heavy and scary stuff, yet it’s the impression that I’ve been getting from a few comments lately. Now, all online publications have their fair share of cynical commenters. But, that’s one of the most pessimistic views I have ever read and I don’t subscribe to it either. I think there are some amazing people and companies that inhabit this space. Many of whom are musicians and run by musicians themselves. Every now and then I see a website that promises to reveal the secret to success, create revenue streams almost overnight, and turn just about anyone with the money and time into the next big internet craze.

Sentiments about those kind of sites I get. It’s questionable what value they provide. Some of them are backed by smart and caring people—only trying to help. Others, not so much. But, to place that claim against the entire DIY and indie musicians movement is pure speculation. Bruce and I speak rather fondly of these times and optimistically look towards the future, hoping that all of these cultural shifts will turn out for the best. We’re not, however, trying to fool anyone into thinking that the digital music scene is all peaches and cream; it’s not.

Things aren’t so bad that we need to run around preaching the great indie music conspiracy either.  Are we too hopeful some days? Maybe. But, who on earth wants write about gloom and doom, day in and day out? Especially when there’s plenty of things to be excited and curious about, as well as, big questions to ask.