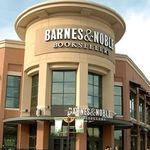 In select pilot locations, Barnes and Noble will be eliminating their music sections entirely. Where the CDs once sat, educational toys will be placed. To some, this may seem like a sign of the times, but I respectfully disagree. The reason that Barnes and Noble isn't making good on its CD sales probably has more to do with their sheer neglect of reality than it does the lagging interest of consumers.

With just a preliminary scan, any reasonable fan would find themselves taken aback by their current prices. It's like walking straight back into 1999 and forgetting that the digital music revolution ever happened. To confirm such suspicions, I ventured out to the retailer and looked for myself.

The most damning example comes in the form of Linkin Park's album Hybrid Theory. Released ten years ago, they are charging a staggering $18.99 for the CD. This is no special edition. Next, Ghosts I – IV by Nine Inch Nails, it costs $18.99. Lastly, Lady Gaga's release The Fame Monster costs $21.99. Now, if this is the deluxe edition, it's possible that the CD is list price. In all fairness, there are a number of CDs that are priced out much lower, but not many.

At a time when most in the music industry is afraid that music will be cost less than coffee and be devalued, which Barnes and Noble also sells, some retailers still think they can sell it at the price of the entire coffee maker, plus a Kit-Kat.