This guest post is by Voyno at The New Rockstar Philosophy. 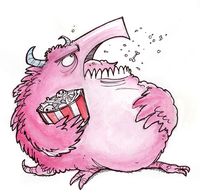 The Library Congress has just released a report about the problems it's facing with the digital music world, writes Ars Technica. In the report, officially titled The State of Recorded Sound Preservation in the United States: A National Legacy at Risk in the Digital Age, it's written that "Significance is too often recognized and conferred only after the passage of years. We do not have the luxury of waiting until the significance of a sound recording is apparent before its preservation." With the billions of new bedroom Garageband projects that appear every month and the temporary throw away nature of digital music, many of these projects may never be properly archived.

In addition, the Library Congress has also faced difficulties with an unrealistic copyright law that was created before the age of digital music ubiquity. Currently if the law is followed to the letter it would brand virtually all audio preservation as illegal. Combine that with the lack of will from copyright owners, results in culturally significant music that simply goes out of print.

Ragtime, Vaudeville, folk, and of course Jazz music were all styles that were developing in exciting new ways during the early 20th century. And because Clive Davis wants to retain his copyright on Santana's new album to 2067 it may all be lost. The report goes on to conclude that:

"Copyright reform is not the sole area in which congressional action is needed, but it remains the key solution to preserving America’s recorded sound history, protecting ownership rights, and providing public access."

Let's hope everyone gets their heads straight and realizes that music is for people not profits.