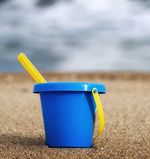 Patrick Bradley, founder of Ingenious Media, one of UK's leading media investment and advisory groups, says that he, like many other investors, put recorded music in the ’20th Century media bucket.’ Asked by The Music Void what he thinks about music start-ups and whether or not he had interest in investing in them, he said that people only pay for experiences now and are too excited about other media forms to care about buying physical albums.

“Actually I think we like many investors are putting recorded music in the ’20th Century media bucket’ – flattening digital sales in the US suggest music is just old media and consumers are more excited about other things. Yes, they’ll still listen but it ain’t premium – give them the experience though – live events, talent shows, and out come the wallets. But it’s short-term stuff, consume immediately – just as each XFactor star is clouded out by the glow of the next one. Like McDonalds, you feel full for a while and the hunger comes back but hey, you know there’s no shortage of burgers and they are cheap but the filings the same.” (Read on.)