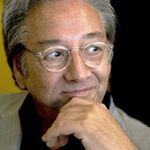 Last week, former Warner Music executive Rob Dickens argued that the price of albums should be radically reduced. He thinks that they should cost around $1.50. If lowered to this amount, fans wouldn't think twice about buying music. They would be much more likely to purchase it than download it for free. And the sheer amount of albums sold would make up for the difference in price. Others in the industry like Tom Silverman have suggested otherwise. He believes that the digital single should cost even more.

If it cost $1.99 to get the single, he believes there would be a bigger discount for buying the album. This would make people more likely to buy the whole album.

Hypebot readers had their own opinions on this debate about the price of music.

Music Should Cost More Than Coffee

lms10045 reasoned that the typical price for a new fairly popular release on Amazon is "$7.99, $2 less than iTunes, but still more than a coffee."

This is a now common measuring stick of the price of music. It should cost more than coffee. They said would like to see regular prices for albums to be "5 for a digital download and $10 for a CD." Further down the page, Matt said that $3 seems like a better price point. Mind Booster Noori went one step further and said that if Dickens is talking about digital albums than they should be free.

This line of thinking aligned with Hypebot intern Corey Crossfield. She thinks that, "Either way the future of music is free." Earlier in the comments section, Bombtune said they don't think it will matter. Regardless of price, people will always complain about the price of music. From their perspective, Napster "ingrained in people's brains that music should be free and transferable."

$1 Albums As A Promotional Tool

However, to Jason Spitz, "It's pointless to try to adjust prices across-the-board, because the value of music varies from artist to artist, based on their audience. That being said, there is some merit to running a $1 promotion for a short time."

His example was the group Fanfarlo. They offered a brand-new album digitally for a $1. Fans got really psyched and it generated a ton of energy and buzz for the band. This got new fans interested; it "gave them an easy, cheap way to get a taste of the music." Offering an album for $1 can work, if you do it right. he explains, "It's not a magic bullet, but it can be a great weapon in your arsenal."

Spitz says that this wouldn't solve piracy like Dickens predicted, but it could help artists build fan bases. They need to offer products that fans are going to pay for.

On this subject, Deano said, "Music consumers will pay for the music they love but the price should reflect something more than the whims of label executives."

Sam K agreed. "These one-size-fits-all proclamations about how things should be are just silly." Saying that, "$1 is the right price point for SOME artists, for others the right price point is free and for some other talented and popular artists the right price point is $10." On the other hand, Chris thought the discussion should shift towards making things more expensive and feature rich. "When you pay more for something, you expect it to be good. And it ends up being good because of your expectations." This is simply behavioral economics at work.

Jeremy perhaps had the best thing to add to the discussion overall though:

"Maybe it's time we all put aside our wonderful but certainly misguided ideas about what 'the future' is going to look like and start thinking about the simpler issue of whether we believe in supporting creativity. And not just anyone and everyone's creativity…  It's my choice to support the artist…

It's your choice to abandon that support… It's all a choice.  If too many people continue to choose not to support the artists, we will probably end up with fewer artists. There will probably be both good and bad consequences to [having fewer artists], but the sooner the discussion can lose that 'hey, get with the 21st-century program' edge, the better."

Do you agree with Jeremy? Disagree with others? Tell us below.