Why Record Labels Have Killed Their Digital Future 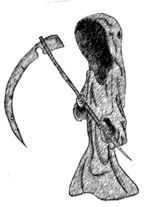 Wayne Rosso, a columnist at The Music Void, has written a highly insightful and almost cryptic item about the irony of the digital future of the record industry.

Basically, the major labels have made it so difficult for music startups to sustain themselves that no one wants to get into the field or invest in the few companies that are trying to. The very ventures that desire to get into the music business and create new ways for fans to consume, interact, and share music are crawling through licensing hell. Other startups forgo that process entirely; they bring their service to market, get sued, and attempt to negotiate their livelihood through lawyers.

The result is a payment structure to the labels that forces them out of business sooner than later. Then, after the labels promised they would never let another tech company like Apple throw them around and sell the world more iPods than music. They are now getting deeper in bed with Amazon and Google. But those companies aren’t in the music business either. Both make their real money elsewhere. To them, music is a Giga Pet. Something to store in their back pocket and feed once and while, but not their focus. If ignored and music dies, they’ll get another one. Rosso argues that the very people who would’ve profited the most from a digital future have killed it. Despite the best hopes of the labels, Google isn’t going to save them from Apple’s death grip, perhaps not at all.

"There will be no new players of significance to enter the business. Investors don’t want to entertain the remotest possibility of funding any start-up that deals with music… What’s most ironic is that the record labels have now put themselves in the position of having to depend on… companies that actually couldn’t care less about selling music. They think that [Google] this is going to be a game changer. It won’t be. What the industry has accomplished is exactly what they didn’t need." (Read on.)