Why We’re Less Happy With Music Now Than Ever: The Paradox of Reversible Decisions 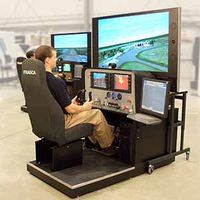 At their core, BitTorrent and LimeWire are a flight simulators, not a piracy machines. Their appeal is in their ability to let fans preview their music decisions, not solely because they enable fans to download music for free, without paying for it. That they don't buy the music once they have it is a consequence of the process, not the end result. Fans have always desired to hear music before they buy it. Too many have bought lackluster albums and felt burned. To this day, file-sharing remains the most hassle free, easy-to-use method of previewing music before it's bought.

Whether music is purchased through iTunes or a big-box retailer, the decision is irreversible. Once the music is on your computer or the plastic wrapping has been taking off the disc, it's yours. There's no returning it—no matter how bad the album is. Since music is an experience good, fans want to hear the music before they buy it. If they hear it enough times, they'll begin to like it, and maybe, they'll go out and buy it. That's the theory that radio promotion has worked on for decades. Trouble is, fans only got to hear a couple of songs when they were paying for a dozen or more. This meant that, while the songs that they heard may have been good, the rest could be rubbish. No one likes buying a bad album.

That means that they also made a bad decision. Granted, stores installed many listening posts and booths in stores, they only allowed for minimal previews. Just enough to get the gist of an album, but not enough to make an informed decision.

These days, it would be a hard argument to say more fans are using file-sharing programs to preview music than they are to avoid paying for it. But, if you think about it, file-sharing makes irreversible decisions reversible. At least in part, fans want protection from buying something that they didn't want as much as they want it for free. Umair Haque has referred to this practice as risk-sharing.

From a set of fine art reproductions, students were allowed to choose one. What emerged from the findings was that those who had the option to change their minds ended up less satisfied with their choices than the students that didn't have that option. Students valued their ability to reverse their decisions, but had no idea that, by leaving the option open, they would diminish their satisfaction with the things they chose. When people make decisions that are viewed as nonreversible, they do a bit of psychological work that helps justify their decision.

If we're able to change our minds at any moment, thinking that there's a better choice to be made, we'll stress over the alternatives, rather than making do with what we have. On contrary, if we're stuck with something, we're more likely to search for and find a positive view of the decision we made. As Gilbert phrased it in his title Stumbling On Happiness, "It is only when we cannot change the experience that we look for ways to change our view of the experience, which is why we love the clunker in the driveway, the shabby cabin that's been in the family for years, and Uncle Sheldon despite his passion for nasal spelunking."

So, the question arises now, what do art posters and students have in common with file-sharing and fans—who in many cases—are students? Do fans also overvalue the ability to change their minds about their music purchases and end up less satisfied with the songs that they download? Moreover, has the social epidemic of file-sharing led fans to view music purchases as reversible decisions?

And, with that shift in their mindset, have they ended up buying less music because they're no longer stuck with it and don't put in the needed mental work?

As it turns out—yes. The thing is that when a fan buys an album from a store and the decision is irreversible, it forces them to like it, even if they actually don't.

When a fan is stuck with something, they find ways to like it. This effect is called adaption. When a fan downloads an album, they aren't trying to justify why they bought it; they're mostly looking for reasons why not to buy it, not why to buy it.

Fans are engaging in a different type of psychological work. When fans file-share music, they do so, because they want the ability to reverse the decision, to delete the album if they find out that they don't like it. As it turns out, the act of downloading the music may be the very reason that they don't like it as much.

Had they gone to the store and bought the album, viewing the decision as irreversible; they would've been happier with the music. Not because it is better, but because their minds made it better. No fan wants to be stuck with an album that they don't like. But as it turns out being stuck with it is what causes them to like it more. This is the paradox of reversible decisions. Like the students choosing the art poster, fans want and value the ability to change their minds, but they don't understand the conditions under which synthetic happiness grows.

Fans have no idea that file-sharing music and keeping the option open to change their mind—to buy the album later—is affecting their satisfaction with the album itself and causing them not to buy it. What this means too, is that those that do buy albums off iTunes, might be happier with their purchases, because they can't reverse their decisions and return all of those zeros and ones back to Apple.

File-sharing lets fans live with music—the decision itself—and determine if this album would be money well spent, or, if on the other hand, the money would be wasted. Fans want to protect themselves from buying something that they didn't want, but it may prevent them from buying it at all. Not because they are thieves, lacking morals, but because they now view their music decisions as reversible.