College goer shares her thoughts on the file sharing in interview. 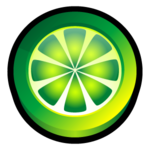 In the downfall of LimeWire, I came across a curious article titled File Sharing Represents New Generation.

I thought the views in the piece were quite interesting and decided to reach out the author through Facebook.

Hannah, in some respects, could very well be the new music consumer. Then again, she could be the minority.

Several of her opinions caught my eye because they are ones that I've written about in the past. Such as, that the culture of file sharing will be hard to change, taste in music is shifting from a finite to fluid representation, and that the online music consumption system promotes a different range of social behavior in fans.

From my understanding, she's 19 and listens to Alexi Murdoch, Fruit Bats, Old Crow Medicine Show, Nickel Creek, The Dodos, The Avett Brothers, and Cole Russell, among others. She also thinks that file sharing is deeply connected to youth culture and that the music industry is out of touch with her generation.

Oh, and I asked, she's never heard of Slacker, MOG, RDIO, or Thumbplay either. The list goes on and on. She's a big fan of Pandora and HypeMachine though.

And despite her penchant for the fallen LimeWire, she does buy music legally too, through iTunes no less, and does attend her fair share of live shows as well.

Why do you think file sharing has become the way of life for the college-aged generation? Would you argue that the behavior is equally engrained into youth culture—that it and file sharing have intermeshed?

Hannah: I think we are more connected with technology than any previous generation. Now, rather than wait around at a record store for a CD to come out, we sit around at our computers and wait for it to be released, and then immediately purchase it via iTunes. That is, if we are even going to pay for it.

We as a generation have grown up burning CD’s for each other, and downloading music in any form we can find it on the internet. The internet is a way of life for us; MP3s are how we listen to music. If music is going to exist in such a transferable format, people are going to transfer it, legally and illegally.

Is the record industry out of touch with the changing attitudes and listening habits of music fans? Does the current music consumption system accurately reflects the activities that your peers engage in?

Hannah: I think that the record industry is completely out of touch with our attitude. We listen to music in such a different way now; rather than relying on only the radio and CD’s. I would say every single one of my friends has a link on their computers to Pandora internet radio, and most have a link to HypeMachine, a site to discover music that is posted on blogs. Our use of music is much more fluid than previous generations’, and I doubt the music industry is really making much money off CD’s and mp3s anymore.

Has your immersion in the web and music services such as Pandora and HypeMachine shifted your music tastes towards a much more fluid and open palate over the more rigid and defined characteristics of the past?

Hannah: Yes, definitely. People of my generation no longer identify as a “country music fan” or a “hip hop fan.” You can find artists of many different genres on everyone’s iPods. I personally appreciate everything from bluegrass to techno. Furthermore, the mashup artists that are very popular now, such as Girl Talk and Super Mash Brothers, have put different genres together in interesting ways and made my generation listen to them all together. It’s a really cool thing.

If your peers can't get music for free in one place, will they simply shift to another? What would you say prevents them from converting to legal services? Are they not aware of Rdio, MOG, or Zune Pass, among others?

Hannah: They definitely don’t care. At this point, we are so used to opening up LimeWire and just going crazy downloading whatever we can think of.

I would say most of us will simply shift to other ways.

I’ve heard people talking about ways to get music from a video on YouTube or download the songs from the HypeMachine. The thing about the internet is that if something is there, and you know how to use the software, it is possible to get it.

It's virtually impossible to safeguard completely against something being taken from your Web site. Our generation is too good at the internet, and too OK with the idea of free music not to take advantage of that.