The Limits Of Delocalized Music Culture 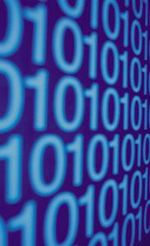 Logic says that if people can get something for nothing, they will. Every day, millions of fans download music and don't pay for it. Critics are quick to regard this as stealing. Fans are taking songs—without the permission of artists—and doing so without compensating them for their creativity. The primary victims of this act are major label artists. The most heavily marketed of them all. Then, since their sales are lowered, fewer up-and-coming artists get a shot at fame. The highest selling artists pay for the development of new talent. As sales decline, there're not enough additional funds to warrant additional signings. Thus, labels take less financial risks on less music.

To many, this is a matter of morality. They argue that fans have no ethics, a sense of right and wrong. That if we continue to let this behavior occur that not only they slowly deteriorate the music that they love, but that they will move onto other crimes, such as walking into stores and stealing or other kinds of property theft. They think—that if left unchecked—a generation of criminals will emerge.

We've reached the limits of a delocalized music culture. In many places, fans lack stores to walk into and steal music from—even if they wanted to. It has little to do with morals. They're disconnected. They have no stake in the songs that are marketed to them. The primary vehicle for promotion is commercial radio.

Twenty-fours a day, seven days a week, this popular music gets played. They hear the same songs and all of their friends hear them too. The artists behind them don't exist in their local realities. Seemingly, they don't even exist in reality itself. To fans, that is—if they know who the artists are—they aren't even human.

The DJ presenting the songs could be an hour away or outside of the state entirely. Later that night, when they decide to download the hits songs they heard off a file-sharing client. It has nothing to do with rebelling against corporations, hating the major record labels, or the lack of values. They do so, because they have zero connection to it. Emotionally, they bond with the music. On a deeper level, they have no relationship to it. Music just exists. It inspires no action.

These kids aren't fans. They're consumers. The only thing they're a fan of is popular culture itself.  If everyone they know is talking about the latest hit single. They get it. No concept of supporting the creativity of the artist exists because they are so far removed from social exchange. Measured in dollars and cents, the music has no value. That it costs money elsewhere isn't considered. They don't want to own the song. They just want to have it. This isn't theft. It's consumerism.

They consume music in excess of their needs. Radio conditions them to desire a set of songs. They obtain the single and overindulge, playing it repeatedly. Once worn out, they eventually discard the song and move on. Ownership is pointless.

The music merits no long-term attachment. MP3s are divorced from their cultural containers, from the artists that create the music, and from monetary value. They can't be resold. They can't be held. The single is detached from physical reality.

It's hard to say why some decide to obtain the songs though legal means, while others don't. In smaller towns, these people aren't intermeshed in local ecologies.

By and large, they're just passive consumers. Some may desire to get music because it's part of their identity. Others are emulating the identities of others. Either way, their entire concept of music is delocalized. It's mediated to them through corporations and the values that they promote have nothing to do with supporting creativity and becoming an active participant in culture. At their core, they teach kids to consume more than they can possibly afford and to never think of the consequences. As teens, file sharing music is just a matter of partaking in the true ideology that's being marketing to them: thoughtless consumption. When they run out of money, file sharing simply lets them continue with their gorging.

This a continuation of Fostering Communities That Support Creativity. It's also a thought-experiment and is part of a much larger essay. I'm building on it as I go.