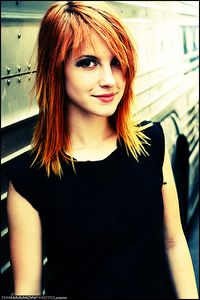 Paramore represented the epitome of 360 deals.

In an interview with Billboard, Lyor Cohen, the CEO of Recorded Music for WMG, confided that he thinks, "Paramore is going to be very special and demonstrate what we mean by alignment." Similarly, in a New York Times piece, writer Jeff Leeds wrote that executives and talent managers "cite Paramore as a promising example of a rising new model for developing talent, one in which artists share not just revenue from their album sales but concert, merchandise and other earnings with their label in exchange for more comprehensive career support."

There's trouble in paradise. On December 18, Paramore announced that brothers Josh and Zac Farro were leaving the band. According to the published account, none of the remaining members (singer Hayley Williams, bassist Jeremy Davis, and guitarist Taylor) were surprised, as from their perspective, it seemed as if the brothers no longer wanted to be a part of the group. The founding members of Paramore left Paramore. And yet, Paramore pledged to continue on with their up-and-coming February tour commitments and plans to record a new album.

This happens all the time. Band members leave bands. Relationships go sour. And suddenly, all of the things that they loved about being a part of a particular group evolve into a convoluted mess of hurt feelings and misunderstanding. The story doesn't end here. And it didn't take an interview with Rolling Stone to tell it.

Josh Farro published a statement on his own blog. It isn't pretty. He expressed remorse that the remaining remembers of Paramore released an explanation of the situation to fans before he could tell his side of the story. He goes on to call Paramore a "a manufactured product of a major label" and confides that Hayley Williams treated the group as her solo project. What follows is a damning portrait of how the band was somewhat falsely marketed as being indie when they were signed to Atlantic and why Paramore isn't a great example of a 360 deal after all:

"We travelled to LA a few weeks later for a showcase and it was a nightmare. Hayley’s manager would tell the band to be in the lobby of the hotel at a certain time, but he and Hayley wouldn’t show for hours. We found out that they had been meeting with record label executives all morning without us, which is totally weird given that this wasn’t simply a solo artist, but we were a band. The band was in the dark the whole time.

After many meetings between Hayley, her manager and the labels they decided to sign her to Atlantic records. We didn’t understand why Hayley was the only one signing the contract since we were told this was a “band”, but we were too young to grasp all of this. So far, Zac and I haven’t signed with another label, although I guess our part of Paramore sure could. Next thing we knew we were having a signing party for Hayley.

Our next move was to rerecord her solo demos with our own music rather than studio musicians to make it sound more genuine. Meanwhile, we tossed around band names. I wrote out a list of names, including “Paramore”, a name my old band with Taylor and Jason Clark had thought about using. Obviously, we settled on that name. The label received the rerecorded demos and once again tried to fire the entire band, saying we were terrible. Thankfully Hayley and I had been writing some new songs together (Hallelujah, Here We Go Again) that the label was pleased with so that acted as leverage for the band to stay. The label and management then decided to build our band up the grass-roots route. They put Hayley on Fueled by Ramen not making it known she was signed to Atlantic as well.

All the while we still questioned whether or not we were an actual band, but Hayley continued to insist we were, despite our being ignored and pushed around by the label.

They then sent us all to Orlando to rehearse and write eight hours a day for our first record. Half -way though this process, Jeremy decided to quit. We were all really upset about it. So we finished the record, replaced Jeremy, and hit the road with Hayley’s father as our tour manager/driver of a twelve-passenger van. Her dad would constantly threaten to “pull the plug” on the whole band if we complained about anything, suggesting that we were hired guns and Hayley was the real artist, when in reality we were also part of the band. We’ve always been treated as less important than Hayley. It’s been obvious how her family views things.

Jeremy ended up rejoining and we toured non-stop for two and half years building our fan base, pretending to be a band that started naturally. In reality, what started as natural somehow morphed into a manufactured product of a major label, riding on the coattails of Hayley’s dream."

And yes, that picture is intentional. It's a picture of Paramore. The whole group.