Why Depression And Great Music Go Hand In Hand 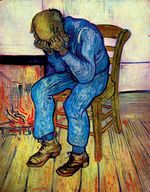 Artists are among the top ten professions likely to suffer from depression. In a study published by Health.com, people working in the arts ranked as the fifth most likely to suffer from depression. About 9% of creative people reported an episode of major depression in the previous year. They also have higher rates of mood disorders. Given that a career as an artist can often bring irregular paychecks, uncertain hours, and isolation, it's easy to imagine why depression is commonplace. Added to that, would be the nature of creativity itself. It's no secret. Human suffering and tragedy produces the emotional environment necessary for profound music to emerge.

We don't hear many songs that are about the joys of being alive and celebrating who we are – especially if you don't listen to pop radio. I'm looking at you P!nk, telling me to 'raise my glass and be wrong in all the right ways.' No. Most music, in general, gives us introspection into our sadness and the past that we're still attempting to deconstruct. It illuminates the failures of our relationships and of our ability to live up to the expectations we've set for others and ourselves. Generally, music is sad and we tend to like it that way. Most good artists are slightly crazy.

I believe the chorus of the Linkin Park song 'Bleed It Out' is about creativity. The lyric that singer Chester Bennington screams is, "I bleed it out, digging deeper, just to throw it away." To me, those words describe the artistic struggle well.

There's rawness to certain memories. With time, we all move on. Yet, there are events in our lives that we live through in our minds – again and again. Every day.

These feelings burn us deep inside. In expressing them, there's a sensation that overcomes artists. It's a combination of relief and feeling overwhelmed. It feels good to let go of the emotions that they've held onto for so long, but that inner turbulence can be too much. This is why bleeding is a metaphor for conveying emotion through art. It feels like if you venture to far into the void that there's no coming back. To produce creative work, one masters the art of self-infliction and simultaneous reflection. Wounds are constantly recreated and examined. Artists dig into themselves, on purpose, and as Bennington suggests, this process can be unfruitful. The words and music that are derived from this vicious cycle aren't always the best. They don't live up to their standards. Or aren't things the artist is ready to expose to their audience at this moment. So they just throw them away.

"It appears carving out a career as a musician isn't just perilous when it comes to earning a living – it can also cause damage to your physical and mental health," writer Helienne Lindvall adds. Indeed. This is one subject that isn't talked about much in our discussions of the intersection between art, commerce, and social media, being an artist doesn't only entail getting 1,000 true fans and giving them reasons to buy your music. It's also about being able to go through hell and live to tell about it. You don't need to suffer from depression to create good music.

However, if you survey some of the greatest songs ever written, they're all mostly about enduring heartbreak, depression, and going through things that most of us don't have the capacity to put into words. We need artists, as they suffer for us.