Will Apple Back Down From 30% Charge? 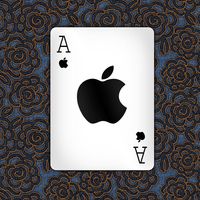 From publishers to music subscription providers, everyone is still reeling from the "Apple Tax" – i.e. the 30% cut of profits that Apple will take when users subscribe to content and services in app. Some argue that Apple will respond to the negative reaction in the market and back down. Others believe that Apple's announcement shows that publishers and music subscription providers have already lost. They're most valuable asset, distribution, isn't one they control, and unless companies are willing to build their own tech devices, they better get used to Apple's terms.

In the past, Apple has done controversial things and made exceptions once it gauged reaction in the market, but only time will tell if this is one of those cases.

In contrast, Pete Cashmore, the CEO and founder of Mashable, thinks that Apple's willingness to introduce such terms proves that they have already won.

And if not Apple, tech firms in general. They're now the distribution tool for many companies and since neither the music industry nor the publishers own the trucks now, they had better get used to having a new gatekeeper in their ranks.

Below you can find a TechCrunch interview between Schonfeld and Rhapsody CEO Jon Erwin and Cashmore's take on why Apple has already won the war – even if, in the end, publishers to music subscription providers do win this battle.

"The balance of power has permanently, irreversibly shifted from the media companies to the tech firms. Let's imagine some bolder moves from the publishing industry. Perhaps multiple publishers could band together in opposition, starving the App Store of content until better terms can be negotiated. Or maybe they could seek to challenge Apple on antitrust grounds. Either might prove effective in leading to slightly better terms for publishers.But unless a media company is able to build a better tablet or a better phone or convince customers to return to paper magazines and newspapers, nothing changes the fact that the publishing industry has lost control of its most valuable asset: distribution. It was always the printing presses and the delivery trucks, not the words themselves, that were the seat of the publishing industry's power. The audience has moved elsewhere, and this emigration has birthed a new gatekeeper." (Read on.)