Could Europe Be Set To Recalibrate The Digital Music Market?

Respect for copyrights and music's "value gap" continue to be core issues for creators and the music industry. But Europe's competition commissioner Margrethe Vestager is taking steps to recalibrate the entire digital marketplace, and the indie sector can lead the charge, says Helen Smith, executive chair of European independent music trade group Impala.

Guest post by Helen Smith, the Executive Chair of Impala 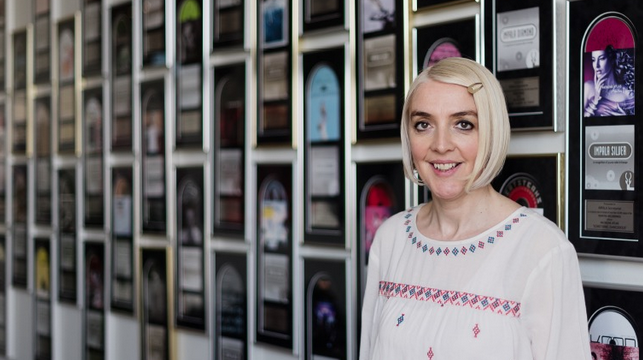 When we hear about the value gap, the discussion often focuses on licensing and money. Of course it’s about “value”, but it’s a lot more than that.

It’s about tackling the competitive stranglehold of incumbent online operators who want to hold onto the status quo – the biggest barrier creators and online start-ups face today.

Three years after Martin Mills’ call to action, the evidence on the value gap is even more irrefutable today than it was then, yet progress is slow.

As Martin asks just this week “How can that be fair, sustainable and permissible?”.

What we need is a market that’s fit for copyright in the digital age. Removing friction and getting platforms to pay fair and play fair is key. And that means recalibrating the digital market.

Of course that’s easier said than done – the stakes are very high.

Big tech operators are desperate to protect their business models. Who wouldn’t? It’s pretty lucrative after all.

YouTube, for example, earns billions in advertising every year.

They win on all fronts: they don’t produce, they share little revenue, they don’t take risks with “content”, they avoid taxes and they collect a huge amount of valuable data. Manna from heaven.

“Europe’s competition commissioner, Vestager, has been clashing with Google on search and shopping.”

But the incumbents should be careful what they wish for…

Political indifference may have been rife in the past, but the times they are a-changing. The idea that no operator should be able to act with impunity is gaining momentum.

Europe’s competition commissioner, Vestager, has been clashing with Google on search and shopping. She also ordered Apple to pay back a phenomenal 13bn euros after she investigated their sweetheart tax deal with Ireland.

When these things start to happen, people take notice.

But gatekeepers are change averse – they fight very hard to defend their kingdom. Beneath clever messages about innovation lies a deeply conservative and defensive approach.

Millions are invested in lobbying every year to defend the status quo and the value gap is an opportunity to spend a bit more.

Despite these efforts, proposals to tackle the value gap were part of the EU’s copyright reform published in autumn last year.

The aim is simple – to clarify that if you are in the business of distributing music, you are covered by copyright and need a licence.

“The way ahead is long and winding. Although there is broad consensus that there is a problem, not everyone agrees on the solutions proposed.”

This will be accompanied by an obligation to use technical measures to implement licensing agreements properly.

The proposed reform also covers other copyright issues such as transparency and contract adjustment for authors and performers, which need some work for them to be reasonable for the independents.

The EU copyright proposal is the first time in the world that the value gap issue is being tackled.

The way ahead is long and winding. Although there is broad consensus that there is a problem, not everyone agrees on the solutions proposed.

Some say we need to go much further if the value gap is to be properly fixed.

Others hold up what’s being suggested as the end of the internet (again…) and want to take a step back in time with an exception for ‘user generated content’ (UGC if you like acronyms) – something that was already rejected years ago.

That’s bad news, as platforms would naturally use it for their own commercial advantage. Unravelling the licensed user generated economy overnight, it would turn the clock back ten years and make the value gap even bigger.

“It’s not a coincidence that these issues are being tackled now.”

As copyright reform works its’ way through the legislative system, other tools to recalibrate the digital market are in the pipeline.

There will be new regulation for online platforms to tackle the “power gap” existing between platforms and smaller players.

We only need to think back to the censorship negotiating tactics of players like Amazon and YouTube to realise how welcome that would be.

It’s not a coincidence that these issues are being tackled now.

Part of a general desire to see more balance in the online world, the bigger economic picture is also important.

In Europe, cultural & creative sectors account for 7 million jobs and €509 billion in GDP. Contrary to many other sectors, they cannot relocate, so reinforcing them is an astute move.

And that means copyright must be properly valued.

“This is where the voice of the independents can make a difference.”

The message is getting across – birds have wings, creators have copyright. But those who oppose re-group, with deep pockets and a penchant for astroturfing.

At the end of the day, common ground will have to be found between the main legislator, national governments and the European parliament.

Not easy, but that’s where the voice of the independents can make a difference.

When you account for more than 80% of new releases and over 80% of the sector’s jobs, you have a compelling story to tell.

It makes us the biggest investors and risk takers in the music business today and we expect a competitive and frictionless digital market. We don’t need the value gap stifling innovation and dragging down our artists and fans.

In the debate that some try and pass off as a bun fight between big tech and big music, it’s important that the independents’ message gets across.

Our job is to recalibrate the storyboard. Loud and clear.

IMPALA was established in April 2000 to represent independent music companies. 99% of Europe’s music companies are SMEs. Known as the “independents”, they are world leaders in terms of innovation and discovering new music and artists – they produce more than 80% of all new releases and account for 80% of the sector's jobs (for more information, see the features of independents). IMPALA's mission is to grow the independent music sector, return more value to artists, promote cultural diversity and entrepreneurship, improve political access and modernise perceptions of the music sector. See the organisation's key achievements in IMPALA's first 15 years in milestones.