While blockchain has long been thought of as God-send and natural fit for the music industry, the budding technology has yet to live up to the hype surrounding it. In his "Howard Test," George Howard outlines what it will take for the technology to reach its potential.

We are at an inflection point in the trajectory of Blockchain tech and music product  development. In this space, and, now compiled  — with a new introduction by yours truly — in book form, I have been chronicling the development of Blockchain tech being applied to the music industry since the beginning. I’ve pulled back a bit from writing about this topic of late, and have focused on building/working/advising in the space. But, I return now to sound an alarm. 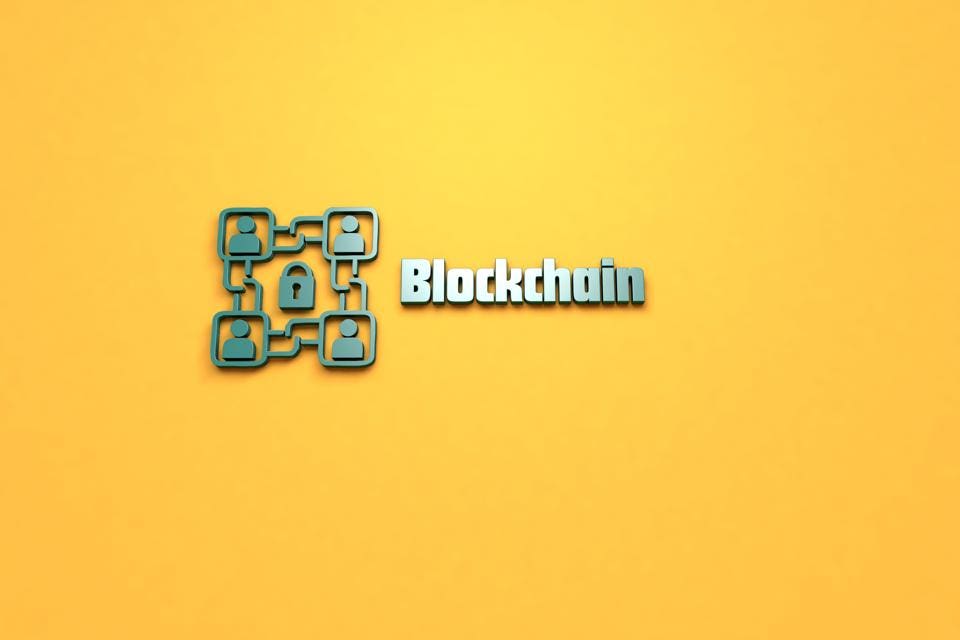 Blockchain as a technology is increasingly utilized across a variety of industries. However, Blockchain tech and music – a seemingly natural combination – has not yet lived up to the initial hype. The Howard Test lays out how it will get there.

I hope that I’m wrong, and that this piece and its soon-to-come follow up will be rendered moot the moment they are published via the a product or startup that utilizes Blockchain’s unique technical attributes to successfully achieve product/market fit.

To be sure, the crypto markets, and thus Blockchain tech by association, are currently in a position that I refer to as the Trough of Despair. This is the stage all new technologies (and products, relationships…humans) axiomatically find themselves after the initial thrust of excitement has worn off of what seemed like a slam dunk of a concept, and the challenges have emerged. Some technologies reverse course and claw their way back up from this trough by embracing a purpose not product based approach. But many (perhaps, most) technologies — like most startups, relationships, etc. — do not. They die in the trough.

Blockchain Tech Has Achieved A State Of Antifragility

I am very confident that Blockchain technology will persevere. This technology — which is not as new as most would have you believe; Stuart Haber and W. Scott Stornetta we’re implementing rudimentary blockchain tech back in the early 1990s while Satoshi was likely impressing his/her/their grade school friends with mad Rubik Cube prowess — has, via its successful implementation across a range of industries, reached a stage of “antifragility,” as defined by the brilliant Nassim Nicholas Taleb.  An antifragile state means that adverse circumstances now only extend Blockchain technology’s long-term strength and durability. For example, code exploitations are now increasingly rare, because not only was the code improved to address the initial weakness, but other vulnerabilities were found and addressed due tothese exploitations. Thus, rather than being taken down by these attacks (“fragility”) or simply enduring them (“resiliency”/“robustness”), the technology has become stronger and more likely to endure because of the “threats.”

Certainly there is no guarantee that any of the current crypto currencies, their associated blockchains, or the vast number of companies who attempted to cash in on the ICO crypto-rush will survive. However, I believe strongly that Blockchain technology is not going anywhere, and, in fact, is beginning to arrive at a state that pretty much guarantees long-term tehcnological durability. To wit, this recent New York Times piece: From Farm to Blockchain: Walmart Tracks Its Lettuce.

Blockchain As A Technical Solution For Music Is Very Fragile

Sadly, I am vastly less sanguine when it comes to Blockchain tech music startups. For a variety of reasons, I’m neither going to specifically name those who I either feel are unlikely to make it it (most of them) or those that I think have a shot (very few), but the fact remains that it is very difficult to point to any example of real product/market fit in terms of adoption.

Still, rather than citing examples — as a serial entrepreneur myself, I am all-too-aware of the challenges faced in this line of work — I’m going to define what I believe to be the key points of failure that far too many of these music startups continue to stumble over. I do this with the enduring hope that some will be able to reverse course, and that new entrants will begin with these points in mind.

As a nod to the “Howey Test” — the guidelines used to determine whether a transaction is qualified as a security (and thus governed by the SEC), and has of late been much in the minds of those contemplating ICOs — I’m going to jokingly refer to these points as the “Howard Test.”

Frustratingly, I carefully laid out these exact points several months ago at a conference in Berlin; there is (NSFW) video evidence of this. In any case, forthwith are two of the four points of failure any blockchain-based music company must avoid. Doing so, of course, will not guarantee success. However, ignoring them all but guarantees failure.

Ignoring/Being Unaware of The Fundamental Structure of Music Copyrights

Unlike other copyrightable intellectual property, a song will almost always be comprised of two separate and distinct copyrights. One is owned or controlled by the songwriter/publisher of the song, and is the copyright for the composition; the melody and lyric…the song itself. The other is owned or controlled by the performer/label who recorded/released the song, and is the copyright for the sound recording; the specific version or rendition of the song. For example, Dolly Parton wrote a song entitled, “I will always love you.” She and her publisher are the owners of the copyright to the composition of this song. Many years after Dolly wrote this song, Whitney Houston recorded a version of this song that appeared on an album released by Arista records; they (Arista) own the copyright of this rendition of the song…but not the song itself. In fact, Arista must secure a license from and pay a royalty to Dolly Parton/her publisher in order for Whitney Houston’s version of this song to be released without infringing on Dolly Parton’s exclusive rights.

Certainly, there are many, many songs that are both written and performed by the same person. And, increasingly, there are singer/songwriters who are either by design or default acting as their own publishers and labels. However, there are vast, vast numbers of songs that make the rights soup described above seem simple. Many songs today, for example, are not only versions of someone else’s song (“covers”), but the “someone else” might be literally dozens of writers. Check out the songwriting credits, for example, on a Beyoncé song. Additionally, the songs are often full of samples or are mash ups, etc. etc. No one is to blame for this. This type of songwriting-via-assembly-and-collaboration is very natural and technological advances have made doing so incredibly simple. The culture — both technology-enabled creators and music fans — wants these types of works. Laws, however, tend to lag culture and there is currently no scaleable legal solution to address, for example, the licensing of samples.

Because of this complexity surrounding music copyrights, those who attempt to populate their Blockchain-based music services with works that are not owned or controlled by a single rightsholder — I’ll use the term “controlled compositions” as shorthand for these works — are doomed to find themselves quickly mired in a sea of lawsuits and/or insurmountable licensing challenges.

Thus, rule number one is to understand the complexities of music copyright and to avoid building business that require a large amount of songs that are not controlled compositions.

A core advantage of Blockchain tech is the ability for a set of machine-readable rules to be programmed that, when met, enable transactions to occur without the need of intermediaries. This feature is known as a “smart contract.” Currently, smart contract technology works exceedingly well when what is programmed are binary rules that are not dependent on multiple-party sign off. That is, a simple “if this, then that” dynamic between entities. This is why the transactions on the Bitcoin Blockchain work, and it’s why an area such as supply-chain management has embraced Blockchain tech.

However, if, for a transaction to occur, numerous complicated rules and multiple stakeholders must sign off, smart contracts currently are not able to manage this at the speed/cost necessary to scale.

Therefore, as above, with respect to the importance of working with songs that are owned or controlled by a single rightsholder, those attempting to utilize Blockchain tech to facilitate complex licensing as part of their business’ core competency should proceed with caution. It is one thing to construct a business that employs a smart contract to facilitate a transaction between a rightsholder authorized to construct a dynamic that states, for example: “Upon a single rule being satisfied, I authorize the party who satisfies this rule to utilize my work.” It is a completely different situation when one attempts to construct a smart contract to accommodate anything close to the following: “Upon several different rules being satisfied/verified, and upon approval and acceptance of this satisfaction by the following eleven songwriters, their respective publishers, sub-publishers, administrators, co—publishers, labels, affiliates, estates, the rightsholders for the various interested parties who have granted the rights to any and all derivatives, and, notwithstanding the forgoing, their respective publishers, subpublishers, labels authorization will be granted."

This simply is not going to happen with the current state of the technical ability of blockchain-based smart contracts. Even if smart contracts couldhandle this type of complexity, the amount of time, energy, and money to power it would be massive. Certainly, Moore’s-law accelerated technological development is on the side of rapid improvement, but it’s going to be a while. And, the above example with a multitude of various parties is not the exception; particularly when it comes to popular songs.

And, thus, rule number two is to not overestimate the current state of the art with respect to smart contract technology.

These are two of the four rules that comprise The Howard Test. I will shortly post the second part of this piece which details the remaining rules. Unless, that is, some savvy entrepreneur develops or demonstrates a blockchain-based music product that has gained at least a toe-hold of product/market fit…then, my work here will be done.

I am an Associate Professor of Music Business/Management at Berklee College of Music and Brown University, and Co-Founder of Music Audience Exchange. Via GHS, my strategic consulting and management firm, I have worked with companies and individuals such as: CVS/pharmacy, Int…