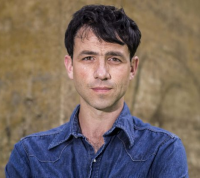 The cloud-based management system Artist Growth has seen massive growth over the past eighteen months, bringing in multiple billions in revenue. Here the company's founder and, until recently, CEO Matt Urmy sat down to chat about the company stands, and where it's headed moving forward.

Artist management platform Artist Growth has seen a bountiful 18 months.  Artist Growth is a cloud-based management system that provides artists and managers with tools to help with events, finances, merchandise and data reporting. Founded in 2012, the company now tracks more than $2.5 billion in tour revenue and nearly $700 million in expenses, with total event guarantees tracked around $1.7 billion.

Matt Urmy, until recently CEO of Artist Growth, is one part musician, one part entrepreneur. He has two books of poetry published and released his debut album, Out of the Ashes, last year. The Nashville Scene said of the album, which was produced by the late Jack Clement, that it was “the most fascinating Nashville album of the last decade.”

Urmy founded Artist Growth in 2012 and was CEO until this year, raising millions in venture financing and forging deals with music industry institutions. He now serves as Chief Strategy Officer and has clients ranging from Universal Music Group, Vector Management, Red Light Management, Maverick, C3, Q Prime, along with other labels, artists and management companies.

We talked to Urmy about where the company stands presently and where it is heading.

My background is as an independent, self-managed artist. I tried to build a career as a performing songwriter and I did that for about 10 years, where I basically started off locally and grew to where I was playing all over the place. It was that experience that really got me on this journey of learning that you have to become an entrepreneur and business person if you’re going to have any chance of putting anything together and having any success in today’s world. That experience coupled with the fact that, after my son was born, I didn’t want to be gone all the time on the road, inspired a system to help artists start to put best practices around their business and organization in their touring world. At the very beginning, the vision was focused on independent and emerging artists. That’s evolved greatly. Now we’re working with large enterprises inside the space. That evolution was prompted by when I started this project, I was operating under the assumption that the majority of the large companies out there, the management, booking and record companies, would have had all their own software to run their businesses. What I found out was that was not true. The majority are using legacy programs like Excel or Filemaker to organize everything to organize emails and texts. It was really disorganized.

When I learned that it became part of our strategy to expand the application into a broader web-based platform that could be leveraged by individuals but could also be leveraged by larger, global organizations and be built into their infrastructure and internal systems. We made that turn and expanded in 2013 and it’s been a journey reiterating on that ever since.

Weren’t there a few software programs geared toward helping tour managers with their issues, especially with travel arrangements?

There were. There have been a few that have come along and tried to build software that would allow people to start managing those logistics from their phones. Several of those either don’t exist anymore or I haven’t heard anything from them in quite some time.

There was another company that was in this space before us that a lot tour managers use, and they’re still around. I guess them and us are the two that a lot of people are using although there may be others that I’m no longer tracking or know about.

It’s not a huge market. If you’re just focusing on tour managers and the logistics of advancing tours and wrangling itineraries, that’s not a big market. It’s hard for there to be four, five companies competing in that space. What we’re focused on is getting beyond those tactics and logistics of a tour and helping people to start to manage their money and fund their tours and spread the services out beyond those initial services we served which were just the tactics of organizing a tour. Now, a big value we bring to the market isn’t just our features, it’s our ability and our integration we bring to the ecosystem that help the teams communicate and share information with their partners.

Can you please cover some of the recent announcements regarding the company.

One of the big ones we’ve announced was a partnership with a bank headquartered in Nashville named Pinnacle Bank. The spirit of that partnership is we want artists to access the capital they need for their businesses without having to agree to terms that are attached to that money that serve the interests of the lender, not the strategic career of the artist. We wanted there to be a very clean, transparent access to capital that didn’t have any conditions on it or constrain the artist in any way, from making decisions on how to run their business that they see fit. There are certainly several players out there that do provide funding for artists but traditionally, that money comes with all kinds of constraining conditions.

To put it politely.

What about the recent travel agency relationship?

That’s amazing. With Rising Star Travel, that’s a perfect example of how integration can take what traditionally has been a very silo’d workflow and integrate it with the other workflows that other managers and artists and tour managers do day to day. Now, looking at your tour, creating your budgets and advancing your shows, will be able to happen within the same system when that integration goes live. It’s a shining example of what we’re striving to do in the market, which is create an ecosystem of integrated software applications that will allow the people on the artist’s team to have a streamlined experience of daily workflow that saves them time and helps them focus on the broader picture and less on having to spend all their hours aggregating and disseminating information in different applications.

Stuart Ross always tells people if you want to be a tour manager, become a travel agent – learn how to cut touring costs, find the cheapest gas stations, the cheapest flights.

Absolutely. Absolutely. That’s something we aim to do in further iterations of our partnership with Pinnacle is to bring more products to the market that help cut costs and leverage the weight of our entire client base to be able to create opportunities for cost savings with things like gasoline, hotels and airlines, the services artists spend a lot of money on. We want to bring those costs down not only so they see an efficiency of workflow but also save money on real business expenses inside the same system they can also utilize to acquire capital to finance growth.

Is there anything the customers are asking for that you are intending to build?

Every day we get communications from our clients asking us to add features or to integrate with other services. For example, in the coming months we’ll be integrating into some of the leading accounting software packages to allow business managers to extract records of tour expenses out of artist growth directly into their general ledger accounting software packages like Quickbooks. Some are specific to music and we’ll be facilitating the ease of transfer of those expense records straight into the accounting software. That’s one. Another is helping people seamlessly coordinate their promotion and marketing efforts when they’re on the road. That involves record company, management, the radio promo people. It’s a workflow that is manual and we have designs in place and working with our customers to design a solution that will bring some efficiency on that workflow.

These kinds of things we do day-in and day-out. We take what people suggest and rebuild it; it’s fun.

What is the size of the staff?

We have 18 people. We’ve grown a lot. Last year we had eight. We’re going to grow more in the next two years.