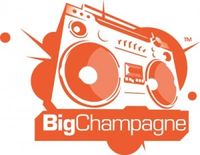 For decades, the standard metric for determining the success of an artist’s career and subsequent album releases has been the Billboard Top 200 chart. Iconic in its influence and quite unforgiving in its underlying methodology, the chart has measured the worth of an artist based on the number of albums they were able to sell that week. But, as more releases came out, great albums would fall off the radar and it would appear as though that artist had lost their hold on their audience.  Even though everyone from fans to industry insiders knew this didn't depict reality; we have all stayed beholden to the chart.

Today marks the day that a small revolution—one which has been brewing in the mind of Eric Garland, among others, for a number of years—will redefine the way that success is measured in the record and music industries.  His company, BigChampagne Media Measurement has announced the release of the Ultimate Chart, a ranked list of the week’s most popular artists and songs. Integrating data from categories including Song and Album Sales, Radio Airplay, Online Audio and Video Plays, and Fans/Friends/Followers, the Ultimate Chart is the first and only chart that looks at all of the ways in which music is popular, online and off. The first Ultimate Chart, the Ultimate 100, is available now.

"The Ultimate Chart examines music sales and
radio airplay and the access to music, and socializing
around music, that are growing much faster."

“The explosive popularity of music in the digital age has given us access to a quality of information about the connection between artists and fans previously unimagined. The internet launched a thousand charts. But the marketplace is asking, ‘ultimately, what does it all mean?’ There has been no satisfying answer, until now,” says Garland, BigChampagne’s Co-Founder and CEO. “The Ultimate Chart examines music sales and radio airplay and the access to music, and socializing around music, that are growing much faster. We’re rewriting the top of the charts for the new music business and en-listing the help of its chief architects to surface the most popular music that the charts have overlooked.”

"Music is not just about sales, it’s about interaction—listening, watching, playlisting, evangelizing and socializing."

“This chart is long overdue and represents for the first time an accurate view of where popular music is today,” said Tamara Conniff, Founder/Editor of The Comet and former Billboard Editor-in-Chief and Associate Publisher. “ Music is not just about sales, it’s about interaction—listening, watching, playlisting, evangelizing and socializing.” The Comet will be publishing the Ultimate Chart and using BigChampagne’s data for analysis, prediction, and consumer trends.

In addition to publishing the Ultimate 100, BigChampagne will also develop the Ultimate Chart for independent and DIY artists and has partnered with a who’s-who of top marketing and distribution partners, including Tunecore, CD Baby, Disc Makers, MySpace Music, Reverb Nation, Topspin, Nimbit and many more to ensure eligibility for all artists and to produce unprecedented insight into the independent music world. Said Garland, “we’re examining the fastest-growing aspect of the music business for which there has not been a standard measure, by the numbers. Every artist can be counted, and every artist will be counted.”

"For those in the industry who truly want to embrace
this new way of thinking about success, there will be
no more Tuesday’s or trying to game chart results."

On this day, let the Pomplamoose’s, Hot Chip’s, and Atmosphere’s of the world rejoice. No longer will their efforts be shunned in the mainstream market, simply because they can’t sell hundreds of thousands of albums on the first week out.  Now, artists such as these, and many others, will have their own chart and gain the kind of recognition they’ve deserved for years.  As well, for the first time, the Ultimate Chart will take a record industry known to be constrained to short-term thinking and a "hits mentality" towards a more long-term, sustainable mindset.  For those in the industry who truly want to embrace this new way of thinking about success, there will be no more Tuesday’s or trying to game chart results.  To get on the top of this chart, not only does an artist have to earn their place, but they have to do so from all angles, not just record sales and plastic discs.

Added insight: The Ultimate Chart is one of the new features of BigChampagne’s ground-breaking business intelligence dashboard, BC Dash Ultimate, and will be widely syndicated across BigChampagne’s media and press partners.

For more information on this happening, please attend the State of the Internet Address at New Music Seminar tomorrow from 9:45 AM — 10:30 AM.