Music As Events, Musicians As Journalists

How Radiohead Changed Music And The Industry Around It 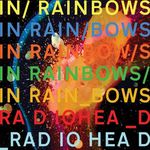 In a recent column, Radiohead’s Colin Greenwood gives insight into what music critic Greg Kot called the “Story of the decade.” It’s been nearly three years since the release of In Rainbows and Greenwood has taken a moment to reflect on the past and hint to the things to come. Most notable, from the start, is that he didn’t wait to be contacted by traditional music publications and be interviewed within their glossy pages; he didn’t have to.

There’s less of a worry of being misquoted if you’re the one doing the writing, though that still happens, you don’t have someone who is on the lookout for self-incriminating details or the phrase that will sell magazines. Here you have something that is a story, but only to the right people. Radiohead looking back on one of the most talked about music industry events is a big deal. However, where do you go to tell it and filtered through the lens of traditional publications, would we hear the same story? Journalists specialize in telling stories, but for the musicians whom are willing to speak out, they can now speak for themselves. That’s a radical shift. Yet, it’s become so common that we take it for granted.

Citing the reasons behind the In Rainbows initiative, Greenwood relays that the group grew to distrust traditional institutions with their music and they desired to have more of a say in how it was released. Other motives relate to realigning music as an event—something to be looked forward to and celebrated—and the longing to eliminate the barriers between them and their audience. It’s nearly impossible to get music on television anymore, in the form of videos, and it would be an injustice to license thirty second clips of the songs to reality or drama shows. Radio is in a similar state. The playlists have constricted to the point where most disc jockeys don’t have much of a say in what gets plays.

So, Radiohead thought, why hand their music over to institutions that wouldn’t treat it as the kind of precious art that they believed it was? Especially when there’s fans right here, right now, whom are interested in the music and have the faith in their art that they have. As well, Greenwood lamented for the days of music as an event. The marketing machine of the major labels churned and fans waited outside of stores—for hours—just to get a hold of an album. Back then, the release of music constituted as a cultural experience and spoke of a pilgrimage. Greenwood felt that with the ease of music escaping online that the sense of an event is diminished. To recreate that, Radiohead ensured that the In Rainbows didn’t leak, putting all journalists—amateur and professional—on the same foothold. No advanced copies. They would all have to stay up that night and race to review the record. The release leveled the playing field in music criticism.

What’s also compelling about Greenwood’s essay is that he takes stock of the technological and societal shifts that are changing the way fans discover, consume, and interact with music. Rather than conveying how his fans ought to be listening to his music and showing favoritism towards a format of his youth, he takes into consideration how his own habits are evolving and sees that, only three years later, things are different now. His group will have to adjust accordingly, not his fans. This is quite a departure from the entitlement that some artists display.

They’re “album artists” and if their audience doesn’t buy albums, then, fuck 'em. Artists tend to know what’s best for their fans when it comes to creating the music. But, they’re often more entitled than opinionated when they force fans to listen to music in the way they intended it to be heard. Wal-Mart is not a gallery. If an artist expects their audience to curate their music, first, they must admit that they aren’t the curators anymore; their fans are. Greenwood knows this.  And, for someone whom, in part, makes CDs for a living, he’s able to admit outright that even he isn’t buying them anymore; he streams. To understand your fans, you have to be a fan—that’s part of the secret to Radiohead's success.

The record industry can’t turn back time—no matter hard it tries. The era of music as events isn’t over, but it won’t be the same again. Even if there was money to dump into the mass-media machine, the audience for recorded music has fractured. This begs the question: Has the emergence of more immersive and compelling forms of entertainment taken the steam out of the moment when you first insert a new album in your player?  Do those instants still exist?  Or, are we too distracted by the appeal of anywhere, anytime technologies to notice them?

Albums as events gained momentum in an age where almost no means existed for fans to voice their opinions. Now, bad reviews on Amazon explode in the faces of artists, the day their music is available. Some write-ups even come with direct instructions about what songs to cherry-pick and which ones aren’t worth the investment. In other cases, they flood the backend of the blogosphere months beforehand. Marrying technology and medium with the behaviors of your fans is the new challenge. When musicians become journalists, they have to focus more on the story they are trying to tell, because no one is going to tell it for them.

Synchblog on 09/22/2010 in D.I.Y. | Permalink | Comments (0)
Share on:
Top
Follow Us on Daily Summary Subscription
Advertise on Hypebot