This is the second essay by Hypebot intern Mike Pineau (@mikejpineau). 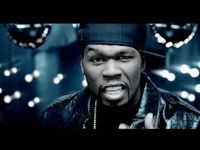 For years now, multi-million dollar music videos have been a staple of the budgets that major labels set aside for artist releases.  Iconic performances by artists like Michael Jackson and Madonna pushed videos past traditional lip sync numbers into full fledged musical movies. The pop boom in the late 90s took these videos to the next level, as they became massive promotional platters served up by shows like MTV’s Total Request Live. Today, due to the decline in sales of recorded music, video budgets must now compete with recording and touring money in label coffers.

However, practical and effective alternatives to the traditional format do exist.

As we’ll see, these other videos have, in some cases, either nearly or completely displaced their commercial counterparts in popularity.  There are no sets, extras, or catering required.  In fact, the artist doesn’t even have to be involved on a large scale.  Thus far, several artists have embraced these alternative formats, but they remain widely underused to the point where fans are stepping up to provide these videos when official channels are not.

Early in August of 2009, a little known user on YouTube put up a video of Train’s new single ‘Hey, Soul Sister’.  At the time, this was Train’s attempt to reintroduce itself into the mainstream after several years on hiatus to allow for their lead singer’s solo album release.  One year later, this video—which simply consisted of the song and lyrics synced along with the audio—has gained over twenty million views, twenty thousand comments, and forty thousand “likes”. Despite placement on the Train’s official website and other portals, their official video for the song has less than half of the views of the unofficial lyric video.

This example of a fan video stealing the thunder of a commercial production is the most extreme I’ve seen so far, but it is hardly unique.

John Mayer’s official video for his single ‘Heartbreak Warfare’ has less than half of the views of a lyric video of the same song.  Two lyric videos for Uncle Kracker’s ‘Smile’ have more views than his official video.

Though, not all artists are ignorant of this trend.  Jason Derulo is the most prominent example of an artist which has embraced lyric videos.  Two of his singles, ‘Ridin’ Solo’ and ‘In My Head’, have been released in the format (ironically, his biggest smash ‘Whatcha Say’ lacks an official lyric video).

Most recently, former Gnarls Barkley frontman Cee Lo Green released his solo single “Fuck You!” to the internet with a simple lyric video acting as the promotional vehicle.  The video attracted viewers with lyrics that cursed out a former lover and it quickly went viral, attracting more than two million views only a week after it was posted.  Cee Lo and his team could have chosen a different way to debut his single.  A traditional video could have been initially posted or the track could have been sent to various tastemaker blogs.

Instead, he went to YouTube and simply let his lyrics do the work for him, an alternative approach that worked to his major advantage. Only later on did Cee Lo also choose to release the traditional format, which is still lagging almost six hundred thousand views behind its lyric video counterpart.

The lyric video is not the only alternative video format being explored.  YouTube is filled with “how to play” videos by fans showing how to play songs by their favorite artists on guitar, piano, bass, drums and other instruments.  One prominent band, country trio Lady Antebellum, has put out official “how to play” videos for their singles ‘Need You Now’ and ‘American Honey’.

Guitarist Dave Haywood explains directly to viewers how to tune their guitars, play riffs and strum along to these songs.  Taking the time to make these videos allows the artist to directly interact with their fans while also promoting these singles by encouraging covers, which is essentially musical word of mouth.

Indie duo Pomplamoose has pioneered a unique alternative format dubbed “videosongs.” This format, in essence, involves the band recording their songs in one take with cameras capturing the recording process.  It makes the songs seem less manufactured and more like moments captured in time.

The results for the duo have been quite staggering for an indie act—in 2009, they sold over one hundred thousand digital singles of their “videosongs”.

The same could certainly be possible for bands that still prefer to record in a traditional studio.  Recording just a single imperfect take with a slightly different arrangement may be enough for someone to want to buy another copy of that song for that added nuance to the composition.

Florida alt rockers Boyce Avenue invaded YouTube in September of 2007 with their own alternative format.  Although hardly original in its approach, lead singer/guitarist Alejandro Manzano’s cover song videos drew millions of viewers to the band’s channel.  Manzano wrote guitar tabs for many of his covers, so others could play or sing along, and he frequently would cover songs outside of those normally covered with an acoustic guitar.

The main reason why these covers stand out is the thought put into them and the raw talent that they allow Manzano and his band to display.  Their record deal with Universal two and a half years later is a clear sign that this approach works. As an alternative format, cover videos have merit for bands that’re looking for additional promotional opportunities; it especially helps if the songs chosen allow the artist to shine in a different light.

A fifth alternative format also exists, but it remains an abstract concept to some artists and labels: letting fans post their own videos featuring music.  When fans on YouTube upload videos with label-owned content, several things could happen.  The most common occurrence is nothing happening, the video standing as is.  In other cases, the entire video is flagged and taken down.

This alternative format consists of not taking down fan videos and allowing them to promote the music.  Fans should instead be encouraged to promote this music that they love so much. Contests for fan created videos are great ways to encourage this behavior and build a community of active, promoting listeners.

The record industry needs a revolution or two in order to remain financially solvent.  Alternatives to the traditional music video format are one potential area for change.  A large percentage of video money can be directed into touring or merchandising or other promotional areas if the videos are put together with the maximum impact in mind per dollar spent.

Lyric videos, “how to play” videos, “fan sourced” videos, “videosongs”, polished cover videos, and other formats can provide that impact.  That’s not the say that traditional live action videos are not worth their money, but that they should not be considered mandatory for every single released.  Unless artists and labels plan on making another ‘Thriller’ or ‘Bad Romance’ or ‘Baby’, they should consider another format to provide the same impact without the hefty budget.

Mike Pineau (@mikejpineau) is from Boston, MA. He is twenty-two and has a strong interest in A&R and music technology.  Here at Hypebot, he will be discussing A&R-related topics and also the role that technology will play in A&R departments of the future. It is his hope that his internship with Hypebot will help him start a career in A&R at a record label or publishing company.