10 Truths About The Modern Recording Industry 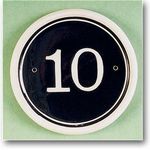 (UPDATED) Fellow music industry journalist and net friend Jason Feinberg published a post yesterday on MediaShift where he chronicled the ten things that he believes to be true about the modern music business. Not to be left out of the fun, I decided to form my own list of truths. Over the course of the last two years in my post of writing for Hypebot, I've learned a thing or two, have written a number of essays, and have had the chance to talk to some of the leading thinkers and writers of our time. Below is a look at the ten things that I believe to be true about the recording industry:

1. The CD-Release Complex Is Dead.

2. The Consumption System Is Broken.

The current music consumption system is optimized for a different era than the one we are living in today. The Internet has promoted ranges of social behavior the young and the digital which are incompatible not only with the old system, but with the assumptions that the record industry currently operates under.

In the digital age, there will be many different consumption systems, promoting evermore complex and different ranges of social behavior. The system has broken, for good.  And, by treating it as if still defines how fans consume music, we are only denying ourselves access to the ongoing redesign of the system.

3. The Barriers To Consumption Have Fallen.

In the span of about ten years, the proliferation of the personal computer; the shift from Dial-Up to high-speed Internet; the increased processing power and hard drive space in computers; the falling cost of media storage; the widespread use of CD burners; the social phenomenon of the iPod and iTunes; and the epidemic of file-sharing occurred.  And, with these societal and technological shifts, all of the barriers that defined music experiences of previous generations and the act of collecting it fell. Those who attempt to rebuild that barriers to music likely will fail.

4. Too Much Choice Decreases Satisfaction.

As counterintuitive as it may be, more music is less.  That as the number of cultural options goes up, the amount of satisfaction that a fan derives out of any given choice will be lessened as a result; it may even cause them to opt out of the decision making process all together.  In culture, the effect of overwhelming choice has the potential to cause fans to opt for the same old songs as a way to avoid facing unlimited options online and off, to rely on filters rather than on themselves, and to become ever more passive participants in their cultural lives.

5. The Hype Cycle Kills What It Creates.

The media hype cycle has accelerated.  The Internet has amplified the speed of word of mouth and music publications have interlocked themselves in never-ending competition to see who can champion an aspiring artist first. And with a seemingly endless supply of new artists to advocate for, publications no longer need to worry as much about the merits of the subsequent albums by artists who have since lost their buzz. On the other end, fans shy away from artists that are quickly popularized, perceive them as a fad, and likely file-share their short-lived music instead of buying it. The hype cycle creates stars, but it kills them too.

In the advent of the digital revolution, a more genuine, yet chaotic social ecology of music culture is now starting to re-form itself on the web, but this ecosystem, that took decades or more to develop offline, isn't just going to reappear overnight online. Our attitudes toward technology have a great impact on the new digital ecology. From the major labels to the artists to the fans, what matters most is their attitudes toward technology. How they choose to integrate web technology into society and the music industry is important. It will take embracing as chaos as they can stand, to some degree, to allow for a new digital ecology to form.

7. The Music World Now Centers On The Fan.

The record and music industries have shifted from being artist-centric to revolving around the fan. The focal point of the traditional consumption system used to be the artist; it was up to the fan to do the rest. They had to track the information.

Now, the fan doesn’t have to keep track of the radio stations and publications that might happen to feature their favorite artists. They track only the ones that their most interested in. Instead having to visit the various sites of artists, concert promoters, and ticket retailers, fans can subscribe to artists and be notified of their activities as they happen in real-time. The music world centers on them.

8. File-Sharing Culture Is Hard To Change.

The RIAA and the record industry can't mandate cultural change. Thus far, litigation has proved to be failed method of changing mass-behavior and a costly strategy with questionable results. They'll never force fans to stop file-sharing.

If neither social institution is willing to evolve themselves, no meaningful behavioral shifts will occur. The only chance they have at gaining back an entire decade worth of fans is to innovate and update the current music consumption system to reflect the behaviors of fans—until then, they will choose not to use it.

Throughout the history of recorded music, new technologies have arrived and the record industry has worked in concert with lobby groups to thwart innovation.

They've gone to war with everything from the phonograph to player pianos to home-taping, claiming that these technologies would effectively kill music. "Of course, each of those sky-is-falling alerts from the music industry over the last century was a false alarm," says author Greg Kot. "With each technological innovation, music became more accessible and more lucrative than ever."

10. Music Would Suck Less If Fans Savored It More.

More important than any of these inferences may be the simple, yet powerful notion that fans need to savor their music. There's quality music out there, fans just need to take the time to experience it. Distracted by the calling of their always connected lives, fans aren't willing or simply aren't able to make a true time investment in their music. This means, much like it does at the dinner table. They need to set down their forks and taste the food that’s in their mouth.  Same goes with the iPod.  Set it down, forget all the added choice, and just listen.

Please also take a moment to read Jason's excellent take on this subject.