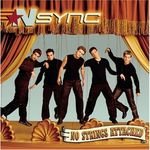 The old saying goes that for every great man, there is an ever greater woman behind him.  The same has traditionally been true for music – for every hit single, there is an even bigger selling album behind it.

Nirvana’s single ‘Smells Like Teen Spirit’ helped propel their debut ‘Nevermind’ to the top of the charts.

N’Sync had the biggest debut week ever with ‘Bye, Bye, Bye‘ filling the airwaves to promote their album ‘No Strings Attached’. Norah Jones was launched to stardom after her single ‘Don’t Know Why’ helped her debut ‘Come Away With Me’ sell over ten million copies and win an armful of Grammy Awards.Albums are still being released and singles are still being released for promotional purposes.  What is no longer an absolute truth is the success of singles leading to the success of albums.  This is not just referring to massive success, but even moderate success for albums in the Garageband Era.  Singles that rule the Billboard Hot 100, fill the radio waves and become viral hits online are often times living separate sales lives from the albums they are supposed to promote.  If anything, album success is being massively redefined.

British producer and songwriter Taio Cruz has had two number one, platinum-selling hits off his album ‘Rokstarr’.  The album itself sold only 24,000 copies in its first week and has yet to be certified.  A similar fate met fellow British artist Jay Sean, who had two hit singles before the disappointing release of his American debut, which sold only 32,000 copies in its first week.  American band Train went double platinum with their album ‘Drops of Jupiter’ after the title track became a hit.  Yet, last summer, Train’s even bigger hit ‘Hey, Soul Sister’ only recently lifted ‘Save Me, San Francisco’ to gold status.

Most recently, songwriter and producer Bruno Mars released his debut solo album ‘Doo Wops & Hooligans’.  The album was promoted by the hit single ‘Just The Way You Are’, which has topped the Billboard charts for several weeks.  Mars also sang the hooks on ‘Nothing On You’ by B.O.B. and ‘Billionaire’ by Travie McCoy, two massive singles in both radio play and sales.  Combined, these three singles have sold over six million copies – yet Mars’ debut only moved 55,000 units in its first week.

The one genre that seems to be bucking this trend is country music.  Singles being released out of Nashville by Taylor Swift, Lady Antebellum, Brad Paisley, Kenny Chesney and others are selling well while the albums accompanying them are also selling remarkably well.  Some artists like Blake Shelton are releasing “six pack” EPs at bargain prices several times a year to further encourage album sales.  Country music in general has also had a lower shrink in album sales than pop, rock and hip hop music has experienced in the past ten years.

In general, music coming out of Nashville is still largely album driven and less emphasis is placed on single sales.  The presence of a single country radio chart (compared with a multitude of pop charts) also compels country artists to push albums over singles.

Lessons can certainly be learned in the pop world from country music, but the death of the album as we know it will likely continue until a model is developed to stop the bleeding.  Without it, albums will likely be reduced to mere collections of singles.  Whether that’s a good or bad thing is debatable, really, as the recovery of the record industry could actually be dependent on the death of the album or the redefinition of its success.