Grooveshark Rises In Popularity – So Now What? 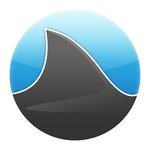 Grooveshark proudly announced on their blog yesterday that they made it onto Google's annual Zeitgeist – a roundup of the most popular search terms on the web throughout the year. They made the list of the Top Ten searches in the United States. Strangely enough, as far as regional of interest goes, the United States is actually last on the list. That's right. Out of ten regions, they're far more popular is places like Costa Rica, Argentina, Chile, UK, and Australia. In Argentina, they're ranked third, beating out Twitter and just behind Justin Beiber.

What's also interesting is that when you click on the United States, revealing regional interest, the popularity of Grooveshark gets broken down into states. They're the most fashionable in Tennessee, Maine, Delaware, Utah, and get this, North Dakota. Why is North Dakota significant? Well, because for a majority of my life, I've lived there. So why in the world are people in North Dakota taking interest in Grooveshark all the sudden? I don't know. That's what perplexes me.

Save for the tech-savvy bunch, in the more densely populated areas, it's not exactly the place where people are walking around with their iPhone or Android, streaming music through MOG or RDIO. File-sharing is prevalent, perhaps, not because people are immoral or because they don't care about musicians being paid, but because it's likely the only way they know how to realistically fill an iPod with music. Somehow, I don't picture teenagers or college-aged students debating the merits of getting a Zune Pass over a Thumbplay Music account.

They're probably not aware that those services even exist. This isn't to say that ignorance is an excuse to file-share, but if people aren't aware of other options, they can't use them. And if buying songs one by one at $1 or more doesn't make sense to them, they'll do something else. So where does Grooveshark fit into this picture? Not everyone around here is looking to fill their iPod with stolen songs.

Most of the time, they just want to hear a song. Whether that is while doing homework or things around the house, the only real reason they have songs on their computer is because they want to listen to them – not own them. These people don't have "the iPod problem." They have the "I just want to hear some songs that I like and not have to buy them, download them, or queue them up video by video on YouTube problem." Enter Grooveshark. It solved the music problem that they had. None of them wanted to buy songs and collect them or waste space on their hard drive, they just wanted to hear the Ke$ha single and get on with their day. Are these people lining up to pay for Grooveshark Plus or Anywhere? Probably not. Why not? Because they could care less about the ads on the player and don't own a phone that can play music anywhere, anyways.

What about the conversion funnel you say? That is, if like me, you have Warner Music CEO Edgar Bronfman's voice in your head. In a recent conference call, he said, "The question has always been how to ensure that free-to-consumer models which are generally supported by advertising and offered to attract consumers are effective at converting consumers to paid subscriptions." Alright, so this isn't to say that Grooveshark won't be successful at switching my fellow North Dakotans over to paying users. What I'm saying is that they view probably Grooveshark as being free like YouTube and Pandora are free. The good news here is that rather than getting their song fix through LimeWire, they're getting it on Grooveshark.

Now they're hearing music with the option of buying it. Instead of sitting there, at their computers, with the MP3 already downloaded. They're standing next to the funnel. One day, when they do have the play music anywhere problem, they might upgrade. Rather than raising all this concern about how services must be "effective" at moving fans through the funnel maybe we should be excited that they're standing next to the funnel. Are they paying? No. But they're closer than they were before. They can be marketed to now. They can see your ad on the homepage of Grooveshark. If it's really easy to buy the thing that you're selling. They might. Yes, it's important that these services convert. The record industry needs money. Maybe, having users stand next to the funnel, listening to music for free – with the option of buying it – is better than them not being there. At all.