This post is by Dave Cool, creator of the documentary film “What is INDIE? A look into the World of Independent Musicians." Read his Hypebot Interview. 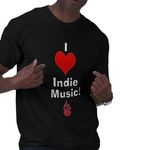 So there was a lot of buzz recently about the Grammy Nominations, notably that 273 “indies” were nominated for awards this year. For someone who spent 2 years documenting what it means to be an indie artist for my film “What is INDIE?”, you’d think I’d be thrilled. Indie artists have finally arrived and have been overwhelmingly recognized by the Grammys! Well, not exactly.

The American Association of Independent Music released their list of members who were nominated for a Grammy, and the list includes, among others:

And in A2IM’s announcement of these Grammy nominations, Taylor Swift is also referenced as an indie artist. Now, these artists are on this list because of associations with smaller indie labels. However, major labels are actively involved in promotion and distribution for these artists, so can they truly be considered “indie”?

Short answer? No. As much as I would love to say that Paul McCartney is an indie artist and I’ll interview him for my next film, it just doesn’t add up. As for Taylor Swift, she is certainly no Ani DiFranco. However, this brings up the very same question as we encountered while filming “What is INDIE?”:

Where do you draw the line?

At one extreme you have an artist who is unsigned, has no distribution, does not engage in fan-funding and does not seek money from investors. They do EVERYTHING on their own, they are 100% certified “DIY”. At the other extreme, you have an artist like Taylor Swift, and not to mention all of the many, many shades of gray in between. For example:

– What if an artist is signed to an indie label, has total control over their career, owns their masters, and is simply distributed by a Major Label? Are they “indie”?

– What if an artist is signed to a 100% certified independent label with no affiliation to a major label or distributor, however, the artist does not own their masters and is not in control of their career? Are they “indie”?

– Or, what if an artist is unsigned, doing everything themselves, but really wants to “get signed” and would gladly sign any contract just to be on a major label? Are they really an indie artist simply because they have no label at the moment?

So what’s the answer? Well, if Paul McCartney or Robert Plant were to win a Grammy this year and in their acceptance speech they talked about how they are proud to be independent artists, who am I to argue with them? Maybe being “indie” is more of a philosophy/attitude/state of mind rather than a strictly defined term that means only one thing. It’s certainly more nuanced, and is much harder to clearly define, but maybe that’s the real answer to the question.

But one thing is for sure: with the many DIY success stories popping up around the world, and if you consider A2IM’s definition to be valid, then regardless of how you define the term, indie is clearly the future of the music industry.