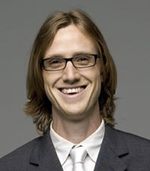 As we end the year, Hypebot asked some our favorite thinkers, writers, and friends to answer two questions – one looking forward and the other back. Here Ian Rogers, CEO of Topspin Media, answers.

Ian Rogers: It's interesting, I hadn't really thought of direct-to-fan as shaping the industry in 2010.  When major labels are only making a few million bucks each in the space I'd still call it "emerging".  I think we'll see a ton of direct-to-fan growth in 2011 as our collective products get better and reach farther.

But there will be plenty of other interesting trends.

We all know five years from now we won't be connecting our iPods and transferring downloads over a little wire, those bits will come on-demand and from the cloud.  But if that's the case, what service are those coming from?  Will Spotify make it to the US?

Will Google Music launch (and will it be great?  Will it be for more than just Android?)?  Rd.io? Rhapsody?  Will we finally find out what Apple has been doing with those Lala engineers?  I suspect we'll start to get some of these answers in 2011.

I'm starting to see some new funding models out there.  Some feel like new indie labels, some feel more like venture investing, and others like small business loans.  But people seem to be willing to invest modest amounts in helping artists with potential with their cash-flow issues.  The "one hit pays for nine failures" model isn't attracting new takers but the "nine of ten records break even and some do better" indie model still seems to work for many, and others seem willing to enter that space.

Hypebot: Since this is ultimately all about music,  what were your top musical moment(s) of 2010?

Ian Rogers: My favorite album of the year was John Grant's "Queen of Denmark".  I saw John play at the Autry Museum here in LA last night and it was mesmerizing.  A man and a piano with a bone-penetrating voice, truly moving songs and a connection with the audience.  It was an unforgettable night and I didn't want the show to end.  A year of playing an album over and over capped with an emotional performance — isn't that why we do this?