What Sex and Great Music Really Have In Common 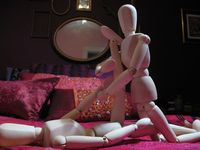 Scientists say that our brain reacts to great music similar to way it reacts to sex.

In both of these situations, the experience of pleasure that we have is mediated by the release of the brain's reward chemical, dopamine. This finding is based on the results of experiments done by analyst Valorie Salimpoor of McGill University in Montreal, Canada. Music produces an intellectual reward, because the listener has to follow the sequence of notes to appreciate it.

For the study, the participants were asked to choose instrumental pieces of music that gave them goosebumps. Lyrics were banned, so the associations the participants might have to the words in the music didn't confound the final results.

While listening to their chosen music, Salimpoor's team measured things like heart rate and increases in respiration and sweating.

During these listening sessions, a 6-9% relative increase in their dopamine levels was detected in participates when compared to a control condition in which participants had listened to each other's music selections.

How does this dopamine increase compare to other activities?

In prior studies with cocaine, Salimpoor reported that relative dopamine increases in the brain had been above 22%. While eating pleasurable meals, a relative increase of 6% was experienced by participants. So, in other words, listening to your favorite song is a lot like eating a cheese and Portobello-stuffed burger.

This finding reminds me of a blog post written by science journalist Jonah Lehrer. He made a great argument about why making dinner is a good idea.

Ever since reading his piece, I've wondered if it applied to music.

[Find out if it does at Music Think Tank.]