Dedication – To Get a Music Biz Job You’ll Need It 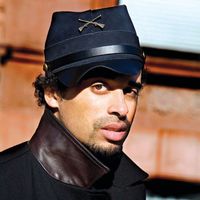 Lately we’ve been talking quite a bit about how to get a job in the music industry and the realities of the current job market. Some of our readers have been kind enough to share their stories of how they started their careers in this climate and what they sacrificed to get them. Today, I wanted to share the story of Yvanna. When she was 19, she landed her first music industry job. How did she get it?

Yvanna knew exactly where she wanted to work and for whom. Patrice is her favorite artist. She knew he had his own studio in Germany, gathering like-minded artists that she really wanted to “share something with, be inspired by.”

So she did a study abroad program as close as possible to Patrice’s studio.

One day, she showed up there and told the staff how much she wanted to work there. “Not anywhere else, not with anyone else,” she pleaded. They told her that she could pass by sometimes, hang out, and meet some people.” She did.

Weekly, she’d pay 50€ for a train ticket, ride for four hours, and visit the studio.

Yvanna spent eight hours traveling to spend less than six hours there. At first, the staff called her crazy, but quickly realized that she was just very dedicated.

Here Yvanna was, a broke college student, studying abroad and spending what little money she had on train tickets. But she made sure she met everyone and that everyone who did remembered her name. “I made sure I made friends in the first place and not employers,” she told me in an e-mail. “Then I offered my help, asked for work. I'd learn things on my own, read blogs, books, and do whatever they asked me, for free." Even if it wasn't her thing. Even if it was boring. Even if she was "totally new" to it, but "I was and I am constantly learning," she said.

First, she worked on the studio’s websites and later on she got involved with Patrice's online communication. “Next thing I know,” Yvanna says, “six months later I was on tour with that artist I love, doing his online communication, filming behind-the-scenes, organizing after-show secret concerts. I even get paid a bit, but more importantly, I'm [absolutely] LOVING this and it was worth all the while.”

She got to meet amazing people who inspire her. Work for her favorite artist. And do something that she loved. She admits though that she has “no idea how long this is going to last.” But she says, “I guess this is what happens in the music industry: You get no comfort. Which pushes you to work your ass off. Always.”

Yvanna got into the system, made friends, and took on whatever work they gave her. In other words, she became a linchpin; she made herself indispensible.

It took eight hours of traveling on a train and 50€ on a ticket to visit Patrice’s studio, but she didn’t care. She was broke, studying abroad, and still pursued her dream job. And well, due to her dedication and willingness to learn, she got it.