This year the mainstream music establishment was preoccupied with letting the indie/DIY community know they were "Not Good Enough." In fact, some gatekeeping factions of even the DIY/Indie community seemed to reinforce this theme (more on this later).

Who's A Grammy Darling?

The rumblings started in February at The Grammys when Esperanza Spalding won Best New Artist over better known names like Mumford and Sons and Justin Bieber. So much so, A member of Bieber's Army hacked her Wikipedia site to say "Who Are You Anyway?"

Bieber also labelled the night "a failure" because he didn't win.

In the same month, The Civil Wars released "Barton Hollow" that promptly became the #1 downloaded album on iTunes and #1 on the Billboard Digital Albums chart.

Yet some folks still have a tough time accepting their success.

The Grammys didn't even consider them for Best New Artist. Although, they have been nominated for Best Folk Album & Best Country Duo/Group Performance. Oddly without much major country radio airplay when it mattered.

And this year at a major music conference, an established music manager all but called them a fluke. I was right there in the audience. I had this feeling the rockstar manager was just bummed that he wasn't the one who "broke" The Civil Wars. So props to TCW management team, Sensibility Music.

Seems like all the critical acclaim and all the commercial success is still "Not Good Enough."

If You're Not Making Money On Spotify, You Suck

Earlier this year, Spotify struck a deal with the majors. With the majors reportedly pocketing a cool $60-100 Million dollar advance. While independents got to rely on the hundreths of a cent per stream model. Don't get me wrong – as a consumer, I love Spotify. But as a musician/artist, I think it sucks.

The labels very likely have equity in Spotify as part of the deal. But who knows what they get in return, cause these deals are not transparent and are covered by (sometimes multiple) non disclosure agreements (NDAs).

This of course prompted some indie acts to cry foul and pull their catalog off Spotify. Which in turn resulted in Jay Frank formerly of CMT and now DigSin to make the observation:

It's Not Spotify's Fault That You Make So Little Money

Zoe Keating rebutted this statement with a very eloquent and well thought out response. 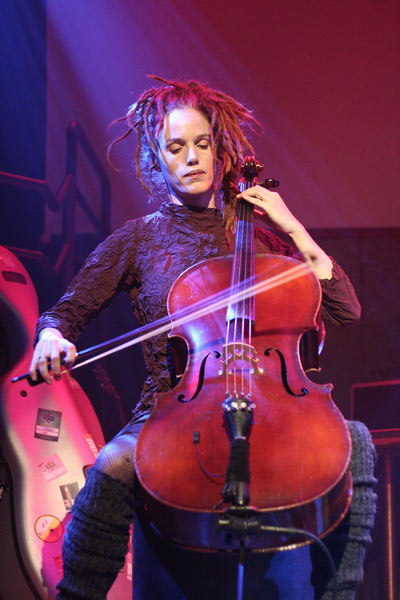 Other artists have made the same observation. Even commenting that they make more money on giving away music or even encouraging piracy of their music.

No Love for Spotify

It's fine to say that Spotify is a great discovery platform. I don't necessarily disagree. But discovery only helps if you have the opportunity for creating and nurturing long term relationships with prospective fans which Spotify doesn't offer.

All this reflects a larger attitude in the mainstream where so called "power players" have decided that indies or DIYers are not worth bringing to the table in formulating decisions about the future of music. As Ariel Hyatt observes, independents don't get invited to this party. Because the perception is that the content generated by indies is simply not good or valuable enough.

Should also be noted here that I know Jay Frank. He is a good guy. He is also an author who has a book out about writing hits based on prevailing trends in hit songs. This algorithm can then presumably predict the possibility of a song becoming a "future hit." Not sure where prior knowledge regarding song craft or God forbid, emotion, comes into play.

This fall some members of Congress introduced the Stop Online Piracy Act (SOPA). The bill is being pushed by the RIAA & the MPAA. After reading much of it at Open Congress (follow the money trail), I've decided that this bill is a bad idea and bad policy.

So I joined forces with a small but dedicated group of artists and tech innovators to work against this bill. One of the first things we heard from folks on the other side was how we don't represent artists and creatives. I'm not sure who gets to decide who does or doesn't represent any particular segment in the halls of Congress – but I'm pretty sure the entities espousing this bill on behalf of artists, songwriters and creatives don't represent my views and those of forward thinking artists. Just ask Janis Ian.

Here's a cool infographic about the legislation.

This bill has very little to do with protecting IP and everything to do with keeping a stranglehold on the channels of distribution. Loss of control of channels of consumption for the old school music business means loss of revenue from traditional income streams that feed an obsolete business infrastructure.

Because artists who have learned to leverage free and open forms of communication suddenly find themselves in a position of power over traditional power brokers who have gotten used to being in charge. They want to keep it that way.

Even under the present DMCA statute, the power can be abused as so aptly illustrated in the MegaUpload and Dajaz1 cases.

One of the ways to do this is to control what you get to see and hear online. The Stanford Law Review published a position paper on this. Read their take:

Piracy is bad. Censorship is worse. The above by the way is an analysis of rev 2 of the bill. Which is the "less bad" version of the bill.

The entrenched old guard want SOPA because they want major labels and big business to control distribution. In turn indie/DIYers are denied an equitable market share. If anything this year has proven that indies need to be awarded more opportunities. Not less. A larger segment of indie content creators deserve the right to be heard and seen in the marketplace. Even on major commercial distribution channels in primary markets.

Consequently they are also entitled to a larger percentage of income streams generated by content they have helped create. Not just 9 cents. Or the bare minimum.

It's worth noting here that while the RIAA and everyone in their camp have been complaining about piracy and declining music sales, CD Baby and TuneCore the main aggregators for digital music distribution used by indie artists are reporting sales in excess of $350 Million dollars in just the last 3 years. In each of those cases, there was no "down" year.

Finally the largest volume of static this year was generated from the roots based indie/DIY ethic driven Americana genre. Linda Chorney, a NJ based indie artist, managed to leverage the Grammy 365 social network to get herself nominated for a Grammy in the Americana category.

Her music isn't my cup of tea. But at least she sings on key and performs with conviction. And without any pyrotechnics or electronics to mask her deficiencies. That alone deserves some kind of award…

Even the egalitarianism espousing Americana community seems to be upset about someone leapfrogging over their place in line and picking the lock that christened gatekeepers have so carefully guarded. My friend, Paul Schatzkin, details this saga over at his blog at Cohesion Arts. Kim Ruehl over at No Depression also goes the distance with a look-see at this nomination. She also turned me on to the fact that Eddie Vedder has been nominated for Best Folk Album. What???

So you know where I am going with this, right? All of this "You're Not Good Enough" messaging is hogwash.

It's just that it's in the best interest of the mainstream music establishment to perpetuate this myth. In spite of the successes of The Civil Wars', Arcade Fires, Julia Nunes', Pomplamooses, Louis CKs and Amanda Palmers of the world.

You see if these acts are acknowledged as being legitimate, reproducible accomplishments then those reverberations echo through the offices of the RIAA, MPAA and the hallowed hallways of The Grammys.

Suddenly highly paid gatekeepers and tastemakers become obsolete. Entire belief systems begin to crumble. The entire musical arena becomes a level playing field. There is no distinction between premium and low grade. There is only good and bad. And either can come from major labels or independent entities. The fact that they are pre-labeled as being one or the other is no pre determinant as to the quality of the content. The people consume and they get to decide.

This isn't a paradigm shift. It's a complete tearing down of the curtain to reveal what is real about music. All that is left is emotion, truth and the experience. Though having capital to invest and market in any business is critical, it's not about how much money is spent behind an act. The main criteria for success will be how audiences respond. In fact to some extent, it will be all that matters. The monetizing will happen after the fact. Not before.

So in this season of gifts and miracles and new beginnings. Give yourself this gift. Know that you are good enough. Embrace it.

Then go knock out another brick in the wall…Happy New Year!