EDM: The Origin And Coming Bubble 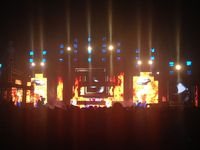 Billboard writer Kerri Mason recently shared her thoughts with Hypebot on the current state of EDM and whether the festival business is sustainable. It was a highly insightful conversation filled with numerous great quotes. My favorite part is when Mason talks about that “fear in everybody's gut” that EDM could be a bubble and how they're “all subject to the slings and arrows of fickle youth.” The entire episode of the Upward Spiral podcast is worth a listen. But now you can also read an edited transcript of the best parts of the show below.

The Origin of EDM

Kerri Mason: I would say that EDM started around 2009, with David Guetta's collaborations with the Black Eyed Peas. "I Got a Feeling" is one of the biggest digital singles of all time and that was the first time that you heard this combination what we would then say were dance floor club type of sounds with pop music. And that really ushered in this wave of imitators and the term "EDM" — or electronic dance music — was born.

Before that, it had existed under different terms in different genres, mostly as an underground phenomenon. There's house music, techno music, dub step, trance – all of these different little sub genres and offshoots of the larger idea of electronic dance music. But it had never gotten mainstream traction in America and it had never really been called "EDM." So that's when it began, and it began as a pop phenomenon, and it continues to be one in America.

Despite the fact that house and techno music were born here, they were exported just by lack of interest, really by Americans, over to England and Spain and Europe and the expanse of that area. So it's funny, that in its original forms, electronic dance music still flourishes overseas as well as here as an underground phenomenon, but in pop it's EDM and it means something almost entirely different.

Kerri Mason: I think the definition of an epic live experience is different for this generation. I think it involves being with thousands upon thousands of your peers in a field somewhere and maybe being a far distance away from the headliner of the festival but it just doesn't matter because you're having a communal experience.

When you talk to kids — I say "kids" but they are not; they are 21-22 year olds, even 18 — what they love about going to a festival that is dominated by EDM, they will tell you the experience of hearing that type of music that loud surrounded by that many people. It's kind of definitive for this generation, I think.

"A lot of the music itself is very disposable, which
the artists will tell you themselves. It's because
it's tied into something much larger."

We don't even know what that's going to mean for the development of music in the future — that the same way that I felt about going to see PJ Harvey or Nine Inch Nails when I was 16, a bunch of kids are going to feel about having been about been at a festival with DJs playing electronic music. I think it's probably going to change the course of popular music, and what it means to like music in your thirties — you know? — in like 15 years. I'm really interested to see how that develops.

But it really all does come back to the live experience for this music. A lot of the music itself is very disposable, which the artists will tell you themselves. It's because it's tied into something much larger.

Kerri Mason: As of now, I think EDM makes a really interesting lifestyle for the artists, who can be in Korea one day, be in Europe the next, be in Russia, be in America. I think probably for an EDM artist's manager, it's a decision of where to focus and when and how much and what kind of crew do they want to have, how much do they want to travel — what does the five-year plan look like?

Most of them will say that they can't look that far in advance because things change so rapidly because the offers they get can come at irregular intervals and be unexpected and they will want to follow their bliss to do that film score, or to participate with that brand on this activation, or the artist has an EP ready earlier than they thought. I think EDM is a lot more nimble and that often lets longer-term strategies fall by the wayside. So I think they go where they are asked when they can. "Oh, we can route that Asian-Pacific tour now. Let's fit that in, in May. And then we will come back and go to the studio for a couple weeks. Then maybe we will take a break and then we will do the states again."

Or something like that. I think the managers are very tied to their booking agents in making those decisions, and in trying to leave time for the artist to make some music — even though, that's kind of an interesting issue I hear a lot about — they would rather stay on the road and make the money of the gigs than come off and work on music. It could be a constantly touring lifestyle for a lot of these artists.

"I don't think were dealing with U2 or Depeche Mode
yet that are kind of eternal and can tour forever and do
exactly what they do. I don't think any artists have
reached that level just yet. So they're all subject to the
slings and arrows of fickle youth."

I think there is still that fear in everybody's gut that this could be a bubble, that it could all go away, that we're fooling ourselves if we plan five years out, that things are to continue to grow the way they are. I think that almost everyone in the business, if they are speaking honestly, knows that something is going to give, something is going to change. Whether it's going to be a move back towards nightclubs. Whether the festivals are going to get fewer and less frequent. Whether the music is going to fall out of favor with young people. So I don't think were dealing with U2 or Depeche Mode yet that are kind of eternal and can tour forever and do exactly what they do. I don't think any artists have reached that level just yet. So they're all subject to the slings and arrows of fickle youth.

Does EDM Need an Online Community?

Kerri Mason: I think “epicenter” is just an antiquated idea. I don't think there's a central hub for anything anymore. It's all a ton of long, long tails. There is a company called “The Audience” that handles social media for a lot of celebrities, as well as big DJs and small DJs. Their model is that they sell their clients as a network to brands. That says everything that you need to know. That's a media platform of a lot of disconnected personalities, that are now a sellable product in their own right. So why would you need a central hub that's a separate media destination when you have the Twitter feed and the Facebook wall and the fan themselves is making the decision of which of those feeds to pull in? I don't know if that will work for anyone. It's not working for some of the most established brands in the world. Media on the whole is having a difficult time packaging and selling itself in the digital age. So I'm not sure if there's white space there that needs to be filled, necessarily.