Does A Tidal Wave Lift All Ships? An Unsigned Artist’s Questions 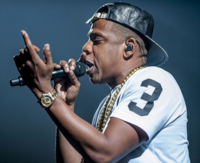 Last Sunday, Jay Z shared a series of stream-of-conscious tweets defending his new music streaming service Tidal. Much has been said about the ill-concieved press conference and prohibitive prices for music fans, but as a new and unsigned, millennial-minded artist, I’ve been wondering what this new wave might mean for up-and-coming talent out here on the interwebz.

I’ve done some sleuthing, some research and have even gotten some public responses from the official Tidal twitter account. Here’s what I’ve learned so far when I asked, “Does a Tidal wave lift all ships?”

When you make music, you’re only half of the equation. Communing with the muse and making melodies (or verses, or beats, or concerti) is — I think — a beautiful and important calling, but it’s when you share it with another, with an audience, with the world, that it becomes art. When you’re just singing in your bedroom or into a webcam, dreaming of those audiences, the big-label music business seems to be governed by a faraway influence as untouchable and mysterious as the moon.

Enter Tidal. A supposed new wave, brought to us by the titans of the traditional mystery-makes-history music industry. They stood on that now infamous press-conference stage and said everything was about to change, but I kept wondering, where do they stand when it comes to those of us just starting out? See, we stopped waiting for that wave a long time ago. We gave up on being discovered by stogie-smoking guys in the backs of clubs and have found and founded digitally inclusive social media spaces like Youtube and Vine where we can be seen and heard.

So what does Tidal mean for musicians like me? Can unsigned artists even get their music on Tidal? What will we make? Can we own a piece of the company like the superstars at the Tidal press conference? Or will we be second-class players getting pennies per stream like the deals other services (ahem, Spotify and Pandora) dole out? What about discovery and development, the things most truly independent artistprenuers really need?

Among Mr. Carter’s #TidalFacts were declarations that 75% of royalties from Tidal streams go to all the musicians, writers and producers associated with each track and that indie artists would retain 100% of their music ownership. This sounds great at first, especially after I thought us indies were being excluded from the cool kids table entirely. But when I stopped to scratch the surface of these statements, I quickly realized they weren’t revealing much of anything at all about the secretive service.

All of the other major streaming services allow musicians to retain the rights to their music, so that’s not a huge deal. My next question was “75% of what?” How much money per stream are musicians making on Tidal? I tried to find out what the other big-name streaming platforms pay out and found that they have strangely inconsistent and ever-shifting numbers that appear to differ from artist to artist. As best I could discover, the rough guestimate payments for most unsigned artists shake out like this:

Is Tidal paying something similar to these numbers? Who knows? I couldn’t find or get any concrete answers. If their payment plan will be close to this kind of pittance, it’s not going to be a life-changing event for any artist or band, or for the music industry at large, for that matter.

Oh, and remember that link @TidalHIFI tweeted back to me? It takes you to a page that lists four services unsigned artists can pay to apply to submit their music to Tidal: Record Union, Ditto Music, AWAL, and IIP-DDS. It costs $7 to submit a single to Record Union. Ditto Music charges $9 for a single. AWAL takes 15% of your revenue and doesn’t even payout until you’ve made at least $20. And a search for IIP-DDS takes you to a website called FUGA that lists a bunch of vague artist services but doesn’t give you any pricing options. I also thought it was curious that TuneCore, the industry-standard for independent artists to get their music on iTunes was left out. When I tweeted about it, TuneCore hit me back to say that they do publish to Tidal, but seemed unable to share more info about how money is made on the service. Their “more info” link sent me to a page about WiMP, the service Tidal is based on, but gave no numbers for streaming payments.

Try to apply a little simple addition and subtraction to these numbers and you’ll see the financial flow of the “stream” has musicians everywhere treading water, barely keeping our heads high enough to breathe.

Many people thought the superstars standing on stage at the Tidal announcement seemed out of touch. I felt like they were out-of-reach. Young artists like my friends and me look up to them to blaze trails and inspire our own ambitions. We worship them like modern-day gods and goddesses. I just wished they had remembered us in their plans. Instead, it felt like they were sitting atop Mount Olympus, sending down decrees to the rest of us.

J Zeus led the way with might and power. Beyoncé or Sasha Fierce our Hera, goddess of women, motherhood, and empires. Alicia’s intelligence sent to the front lines like Athena in armor. Rihanna a female Dionysus, goddess of wine, parties, drugs and ecstasy. Nicki could be everyone’s Aphrodite. Kanye, a twist of brilliant contractions, is our Apollo — god of music, arts, knowledge, plague, and prophecy. Jack White our Ares, fighting the world with his violent riffs. Is Deadmau5 Hades? The Greek gods often elevated their mortal children to the status of heroes, and when they paid attention to the human world everyone enjoyed ages of prosperity. Who better to enable a little upward mobility in the music industry than those on that stage who’ve already succeeded? If they’re going to claim a monumental shift in the business, shouldn’t new artists also be included? Don’t they need us to be? Without new talent who will make the little ripples to keep the tides rolling in?

Exclusivity is out. Velvet ropes are so last millennium. The web is filled with new-style stars who build our careers on collaboration and inclusion. We’re on a totally different wave. We share influence and audience and don’t turn anyone away. We’ve got no star-making machinery except our own vlogs, sweat, and love. There’s no man behind the curtain because we never met that guy. (Does he even exist? Is he really old now?) We surf and brave storms together. We’re figuring out how to survive and thrive, together.

I hope those Tidal-founding artists remember being like us. If only they’d ditch the old models and help us to break and be discovered. They started from the bottom, now they’re here, in a position of power. Their sound waves have crested above all others, but music revenues are lower than ever and labels are like ships taking on water. If Tidal-sized artists worked with up-and-coming musicians to build something new, we’d cause a groundswell that could really change the future of music and make a wave that would have us all cruising.