More On Bitcoin and the Music Industry

BlockChain and the Music Industry … Wait! I thought we were talking about Bitcoin? In part one we delved into the wild and wacky world of Bitcoin and cryptocurrency.  If you have not read it, here is the link.  Are you finished? Are you back yet? Good, let’s proceed.

In the last article we ventured into the world of bitcoin and discovered its implications on the music industry and why this technology is so exciting.  Now it’s time to look at the underlying wizardry that will enable Bitcoin technology to create a new ecosystem for content producers and consumers.  We call it “the BlockChain.”

The BlockChain, like most disruptive technology, is far reaching, simple and elegant.  The concept is straightforward. It’s a digital ledger that is maintained by the users of the system.  The system uses cryptography and group consensus to police fraud and errors. This stuff can be boring and confusing, I admit. But stay with me. While the description of the tech is not very sexy, what it accomplishes is far more exciting.  Remember from part one what was so cool about Bitcoin?

What makes this possible is the BlockChain.  But why is that so important?

The world did not foresee the problems that content digitization, compression, and the internet would have on the content creator.  Computers, the internet, cheap storage, and compression technology allowed people to digitize, replicate, and distribute pristine content to anywhere in the world at little to no cost.  According to the law of supply and demand, what gives a product a value is its scarcity.  If you can duplicate something forever, scarcity will near infinity and thus produce a value that is near zero. And that is where we now stand.

With two huge barriers demolished (duplication and distribution), content was doomed from the beginning.  Desperate content producers had to turn to advertising to recuperate their investment and make a living.  This has spawned some horrible side effects i.e. Content Advertising, Banner Ads, Popups, Pay-for-Play Magazines, and the death of real journalism.   “Advertising Supported Content” has compromised the integrity of content by making the content producer dependant on advertising dollars.  As journalism students know, this forces content producers to produce bland, inoffensive content that is more commercial than artistic.

The good news is that people are becoming savvy to embedded and content advertising. There’s been an increasing sense of distrust towards both the advertiser and the content producer engaged in content advertising. Case in point, consumers are now using ad-blocker software in record numbers (The Economist).  In the end, we all lose: the content creator loses creative control, the consumer loses an authentic experience, and the advertiser annoys the user, thereby losing a potential customer.

Enter the BlockChain.  Not only does the BlockChain solve the problem of “scarcity,” it can provide tracking and reporting capabilities that are faster, better and more efficient than current systems. 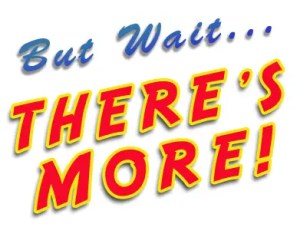 Another big problem facing the music industry that is preventing creators from making a living is one that you may not even be aware of—but you have probably been affected by it.  Have you ever wondered why you can’t access all 600 Ongoing History of New Music shows on a podcast or some other format? Is it because I am lazy? I simply don’t want to? I don’t like you?  Nope, none of the above.  Shockingly, I have been attempting to get OHNM in an on-demand format (i.e. some type of podcast) for 10 years.  The holdup? Rights. Not to get into a long discussion about music rights (you probably know I have lots to say about the topic) but, in general, to get the clearance to use songs or performances in a TV show or a movie and to make sure everyone gets paid is a nightmare.  Sometimes up to six different organizations hold their share of rights to one single song. So, in my OHNM case, I would have to get clearance from all parties to legally play the song, track every minute of the show, and then pay all parties involved. For most producers, the cost far FAR outweighs the benefits.

So what if there was a decentralized application for rights holders? What if there was a solution for these problems that could be applied worldwide, automatically, and flawlessly?  Some folks in Toronto think they have it figured out. Their system is called Bisantyum (full disclosure: I am a consultant on the Bisantyum Project and member of their Advisory Board.) In our next article, we will layout the future of content distribution and rights management. We’ll see how that can benefit content creators and consumers in ways never before possible. Stay tuned.

This article was written in conjunction with Andrew Dick based on The Bisantyum White Papers by Steven Dryall and Confluent Technologies Inc. You can “talk-tech” with them at their bi-weekly Meetup The BitCoin Bay.

Alan Cross is an internationally known broadcaster, interviewer, writer, consultant, blogger and speaker. In his 30+ years in the music business, Alan has interviewed the biggest names in rock, from David Bowie and U2 to Pearl Jam and the Foo Fighters. He’s also known as a musicologist and documentarian through programs like The Ongoing History of New Music.