We are in an era where it is difficult to throw a proverbial rock in the metaphorical landscape of streaming without hitting one medium or another.

Whether in professional sports, videogames, e-sports, music, the adult entertainment industry – even in haute couture with performances of ballet, theatre and opera – streaming technologies have left a considerable thumbprint on the ways these art forms are being distributed and thus consumed.

But how has this change altered the experience of mediums themselves? What has this meant for live streaming events? And how did we arrive at this place of non-localized participation in global events across a myriad of industries?

The Seeds of Streaming

To begin, one would certainly have to take a look at the impetus behind all of these changes, which is the advancement in server technology and thus the speeds of internet connections that allow for the wide dissemination of streams to take place. Nobody in the early days of the internet who was downloading a .jpg in the 90s at a snail’s pace – a row the height of a pixel at a time – would have imagined they could occupy a virtual seat in Royal Albert Hall to see Jay Z and Beyonce perform in a relatively short period of time of some two decades. Yet, here we are with the fiber optics, once a thing of the imagined future, now with an infrastructure so developed in much of the world that we are starting to take it for granted, especially in urban centers. 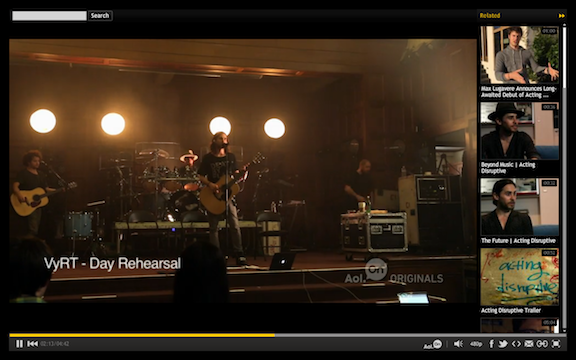 Take a shining beacon of internet connectivity in Seoul, South Korea, for instance: there, they boast average download rates of around 8 Mbit/s, plenty sufficient for live, high definition streams of anything from the latest annual DOTA 2 World Championship to a live performance of the Nutcracker streaming from the Metropolitan in New York City. Compare those speeds with the 28.8 Kbps modems many of the early adaptors of the internet had (it should be noted for those that do not remember that this narrowband technology was shared with the phone line, meaning anyone calling in would get a busy signal), and it is easy to see why this kind of technology once seemed like a far-off fantasy. Perhaps to younger generations that grew up with always-on, broadband technologies this kind of progress seemed inevitable; nevertheless, it stands as a landmark achievement in the ever-increasing connectivity of the world.

Speeds have reached the point where local computing power and storage look to become less and less important. Application suites like Microsoft’s Office 365 have subscription-based cloud services, and while cloud streaming gaming platforms like OnLive may have failed from being ahead of their time and lacking in scope, cloud gaming is on the up and up with major players like Sony throwing their hats in the fray. Multiplayer gaming through the internet has been around for a while, but with better connectivity speeds and encryption software, we have gone from the days of primitive online poker offerings in the late 90s to PokerStars’ robust features of private tables, multiple language options, and the ability to direct link with exclusive real dealers. 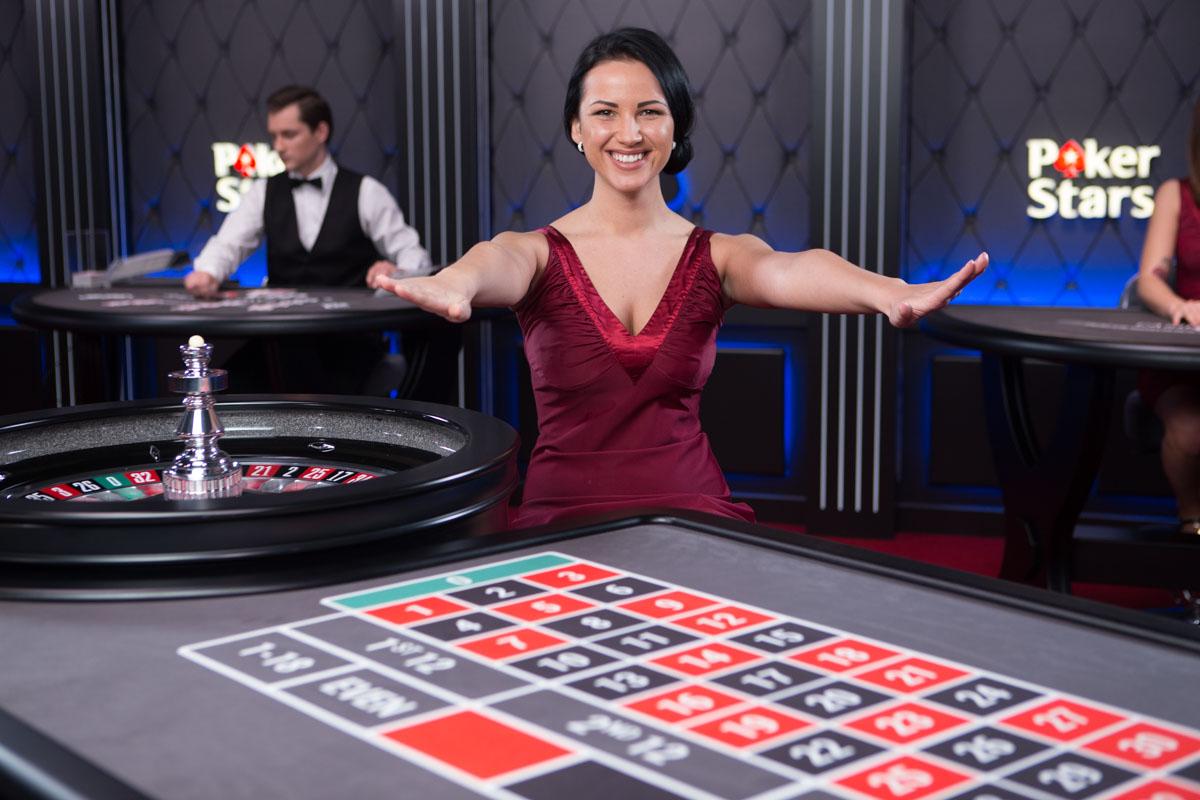 Another major step in the evolution of streaming was the adaptation and proliferation of devices that could make use of streaming technologies. Nowadays, TVs with 1080p resolution fill the homes and establishments in even developing countries (with 4K technology already being adapted by the tech-inclined). Smart phones of every persuasion – with data plans that again put early internet speeds to shame, accessible from most populous areas in many, many countries – line the pockets of the wealthy, but also much of the working class. PCs and laptops of course are prime candidates for streaming devices, and even smart TVs are connected to the internet these days. These types of devices are increasingly becoming ubiquitous, and with that kind of market penetration, people unsurprisingly want to make use of the gadgetry they have invested in.

With the tech in place for possible streaming events, there came the financial incentive across all types of media to take advantage of new potential customers. You do not have to be in Central Park to see Paul Simon’s latest gig if it is being live streamed to the world. Likewise, you do not have to be sitting on the living room couch of your favorite professional gamer thanks to digital platforms like Twitch TV, nor you do not have to be in the famous Teatro alla Scala to hear Joyce DiDonato’s iconic voice. You can catch all of the action from the comfort of your bed – at the same time if you want!

The comfort of staying in your home and not having to be at a physical location to be a part of an event is a huge attraction for consumers of all stripes, and marketers recognize that the allure of actually being at a physical event – and the irreplaceable magic that comes with seeing your favorite performer live – is not stopping people from choosing the more convenient option.

Live Concerts in your Bedroom 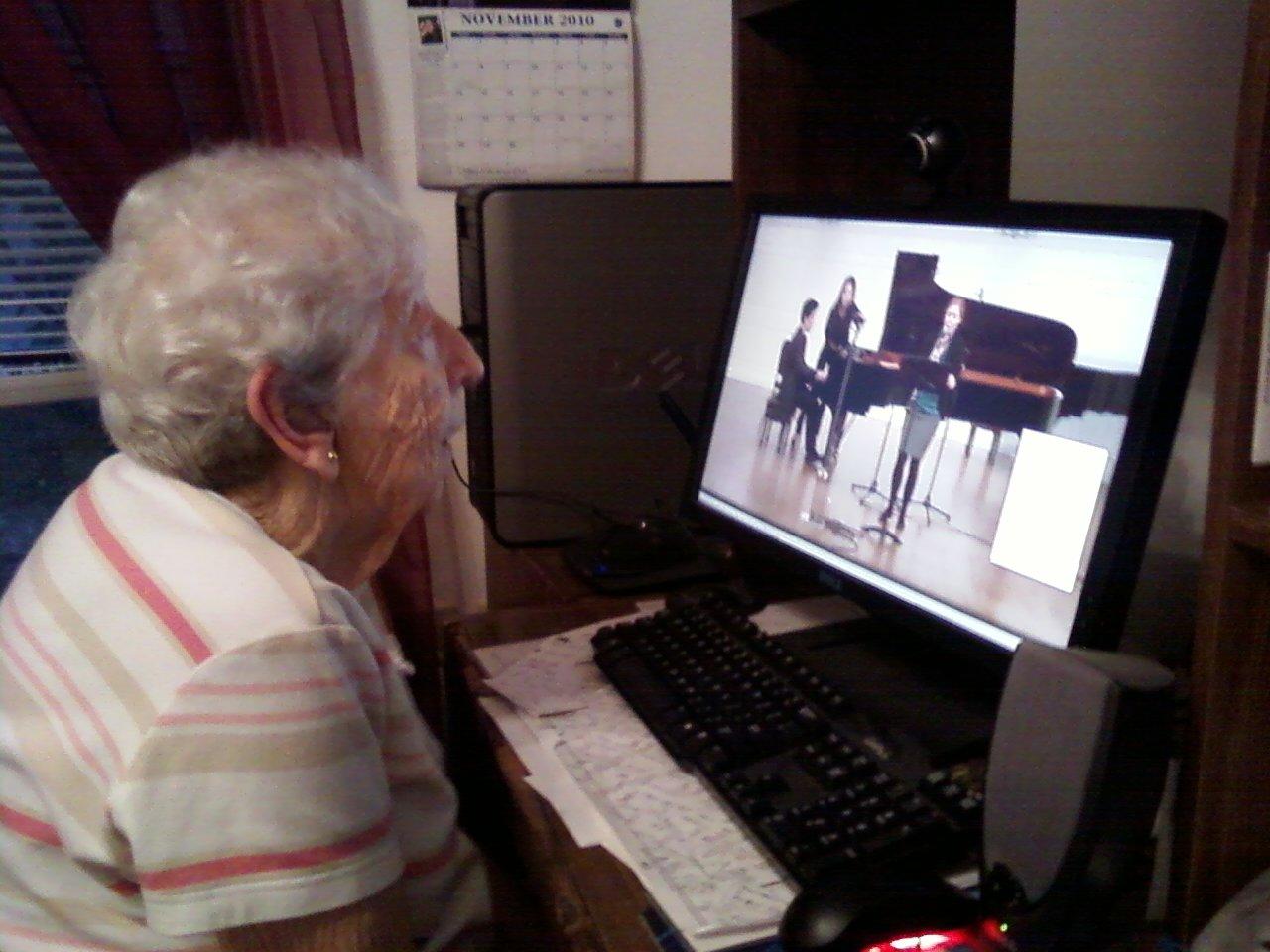 Technology, specifically the internet, has had a hand in shaping the landscape of the music industry since before the advent of the .mp3. You might recall Metallica’s famous legal battle with companies like Napster, whose program allowed users to illegally download music to their computers in the late 90s. That was the beginning of declining record sales for artists. Then, Apple’s iTunes store revolutionized the music distribution model by looking at digital downloads as an asset rather than a liability, and profited greatly from this.

The next evolution came in the form of streaming music services like Pandora and Spotify, which allowed listeners to legally enjoy musicians’ work without actually owning their songs. All of these changes conspired to change the way record labels signed contracts with artists; as record sales comprised less of the total profit of musicians, 360 deals were drawn up to both cater to more of the musician’s marketing and booking needs, while greater percentages of profits from revenue streams other than record sales were shared with the label.

This approach took a hit when notable artists like Madonna opted out of their 360 deals. What was once considered the golden goose of the music industry – live concerts – reported a decline for the first time in recent history starting in 2011, a marked drop of 6.8% in the UK under the previous fiscal year. Many analyses of the music industry predict this trend to continue thanks to rising booking fees, rising ticket prices, and many festivals and concerts underperforming or being cancelled.

This, in spite of the fact that technology has definitively ameliorated the live music experience: with experiences like holograms that can only be appreciated fully live; with apps like Songkick which acts as a concierge for the user, alerting them to shows for their favorite bands and letting them buy tickets; with other digital platforms that allow for easier access to shows and merchandise; with twitter feeds that allow for concert goers to ‘influence the playlist;’ the list of these types of technologically-driven experiences that fuel music discovery and fan engagement go on. Yet, despite the additional revenue generated from these experiences, the overall trend is a downward one in live music attendance. 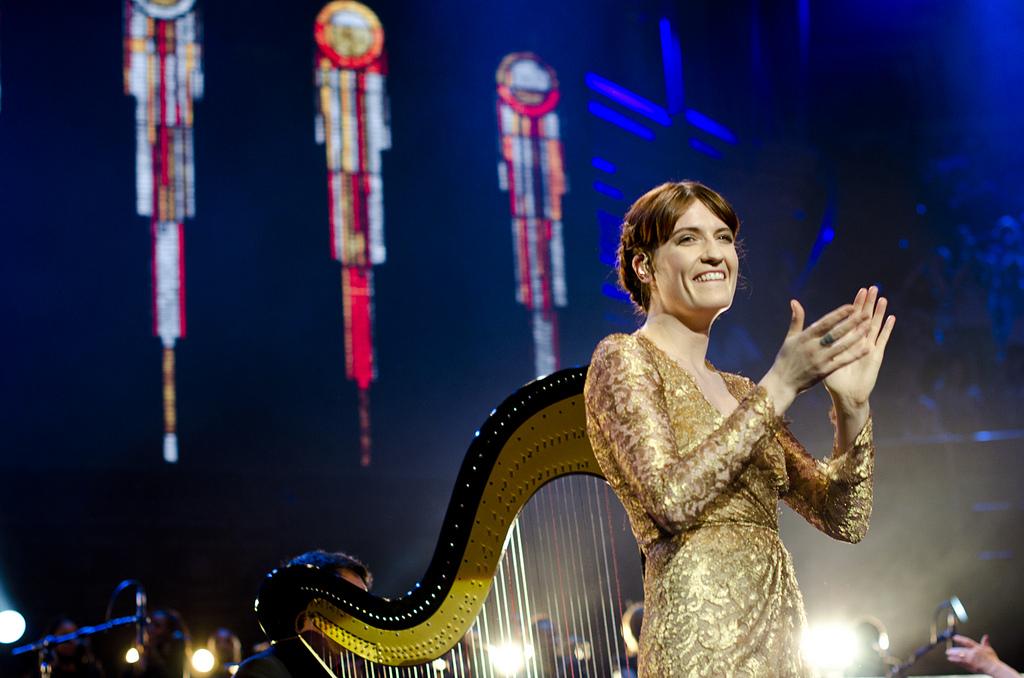 Instead, live concert streaming is filling the void. Taking one of the first tests for this model, Florence and the Machine performed live from the Royal Albert Hall in London whilst simultaneously being streamed to fans the world over for a premium fee of £3.99, nothing to sneeze at. While the final numbers remain unpublished, LoveLive, the producer of the stream, boasted “exceptional viewing figures” and “significant conversation amongst social communities and worldwide reach.”

The advantage to live streaming goes beyond the easily replicable nature of the medium to reach global audiences. Fans who tuned in could interact with the stream by choosing eight different angles and zooming in and out. The future holds even the option of using 360 degree videos: both Professor Green and Will.I.Am have experimented with this successfully. Furthermore, sponsors receive a larger share of the limelight and are presented as heavily involved in the production of the video.