6 Tips For Promoting Your Music On Spotify

As streaming becomes a more and more popular method of listening to music, being able to effectively promote one's work on services like Spotify is critical to success. Here are some useful tips for getting your music front and center.

How do bands promote themselves on Spotify? I can't promise that you are going to be an overnight superstar, but I can guarantee that if you follow these 7 steps you will give yourself the best chance of online visibility when getting music on Spotify. Bit of a no brainer but if your single or album is being released then you don’t HAVE to make it available everywhere all at once. Our advice is to push people towards purchasing the single on release day. I would recommend having your music available to stream on Spotify around two weeks AFTER your official release.

If you have a great song then people are going to want to share it. Spotify is tied to Facebook so there is great potential to go viral. Your cover version will give you a big opportunity to get picked up by peoples playlists, but to get started, start creating your own playlists.

Do NOT compile playlists just consisting of your own material

Creating playlists is EASY. Who do you sound like? Gather all of the artists that you think your fans would also be interested in listening to and then sandwich one or two of your own tracks in there. Less is more here. People don’t want to be oversold to, but they like to discover new music and will wonder what the track is.

3. Get together with other artists

We have talked about how easy playlist compiling is but if you are only playlisting your own music you are missing a trick. Find other unsigned artists that you like. Start compiling listenable playlists featuring yours and their music, and they will do the same for you. This takes you from being on one or two playlists to double figures. Every playlist has an audience of potentially thouands. It adds up pretty quickly. You can suggest your playlist to friends easily. 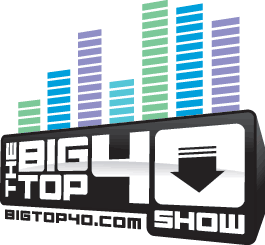 Bit sneaky this one but here goes. A few years back I heard the track airplanes on the radio by Eminem and went to find it on Spotify. The first artist that come up with the title “airplanes” was a band called Local Natives. I listened to the ‘Local Natives’ track and they are now one of my favorite bands. I bought the album and managed to see them live last year. Unforunately, being in LA at the time I had to hear the Eminem track every 5 minutes for about 6 months.

So if you have the same title as a popular song you are going to be visible on searches.

I am not saying rename all of your tracks to popular Led Zep tunes but you may have music in your back catalogue that you haven’t got on Spotify. Check the top 40 and see if there are any matches. If you have a track that is similar to a popular song then you could tweak it, its all marketing in this game and there are millions of people out there that could be hearing your song.

If you are using Facebook ads which many artists are, you can advertise to people who ‘like’ Spotify with a direct link to your music. You can choose your exact demographic from age to location. So if you have a gig coming up you can handpick every 21 year old in that town currently using Spotify and send them straight to your music from Facebook. People don’t generally like leaving Facebook for ads but seeing as Spotify is a device, it has much better results. You can also direct them to your page and ask for a ‘like’ for the Spotify link. In this case though, I would go straight for the Spotify play.

6.Make sure your music is online to sell.

Sounds obvious but people forget that just because you are on Spotify, it doesn’t mean people won’t BUY your music. If fans have a free account then they have limited access and once they can't listen to your music for free anymore, they may want to go and purchase it. Make sure you have it on the major retailers. ITunes, Amazon etc.