The latest in a series of campaigns to prevent music piracy attempts to guilt people away from infringing content by reminding them of the personal struggles undergone by famous musicians such as Amy Winehouse and Elvis Presley.

We've discussed the legacy entertainment industry's bizarre infatuation with the idea that if they just "educate" people better, they'll magically stop gravitating to infringing content. This strategy has never worked, because it completely misdiagnoses the issue. Piracy has never been an education issue. It's been a service issue. Yet, year after year, the legacy entertainment industry wastes money on ever more ridiculous campaigns, each time thinking that shocking or scaring individuals will somehow get them to stop infringing. None of these campaigns has ever made even the slightest dent in anything, other than as fodder for parody. And, now, TorrentFreak alerts us to the latest "anti-piracy" ad campaign, dreamed up by the folks at Leo Burnett, apparently on behalf of Virgin Radio. Apparently, someone thought that if they featured famous dead musicians, who had lifelong struggles with depression or self-image, that this would somehow convince people to not infringe any more, because "if you knew what went into it, you wouldn't steal it." 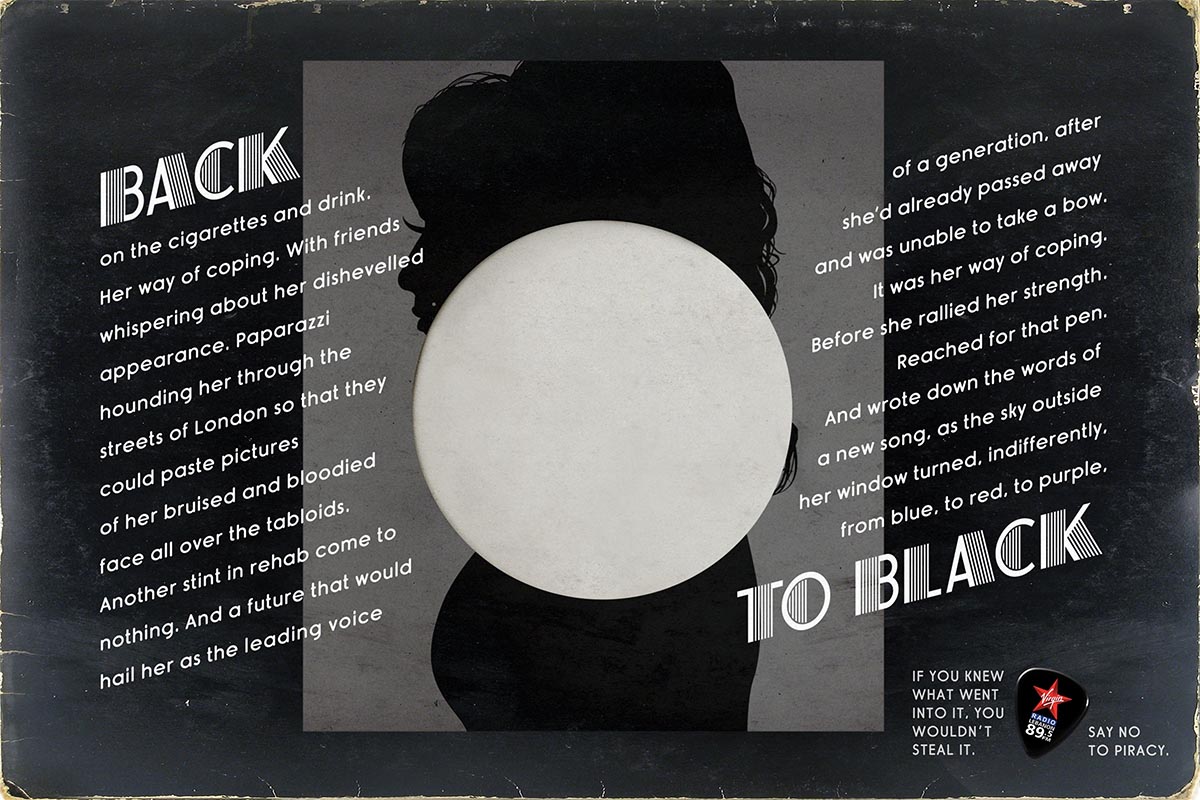 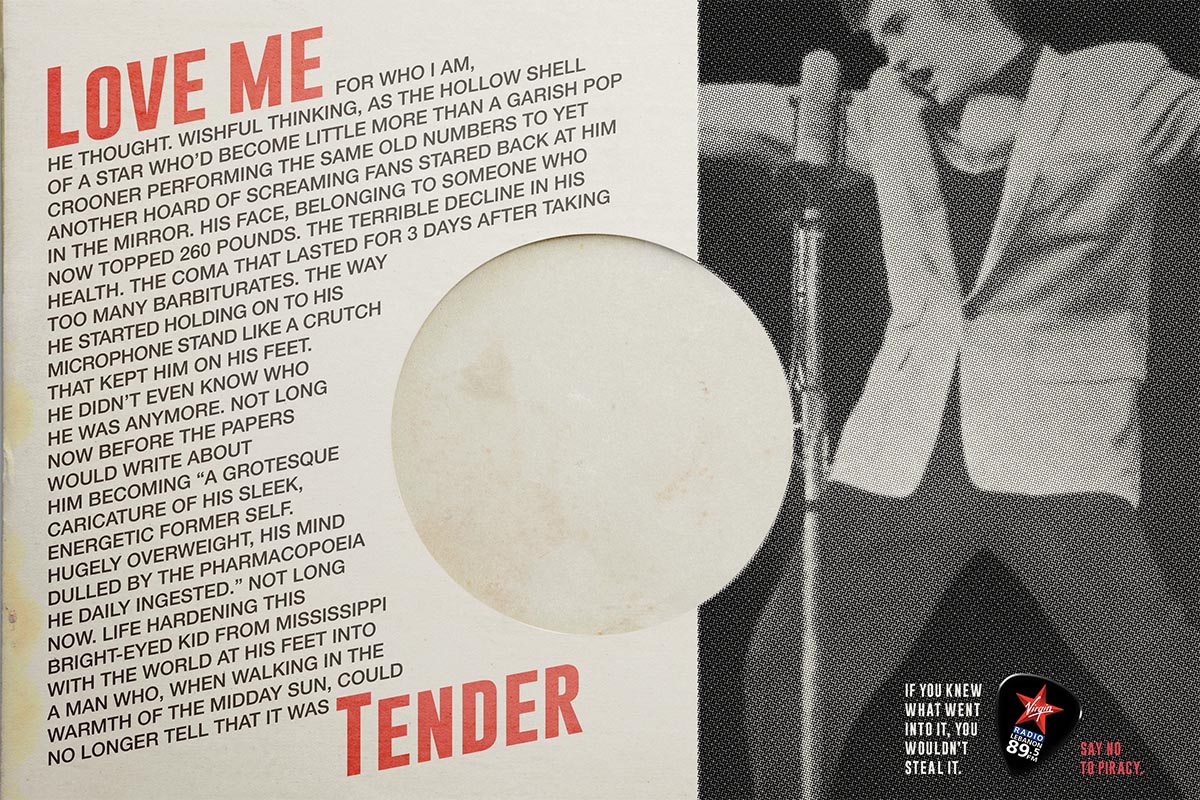 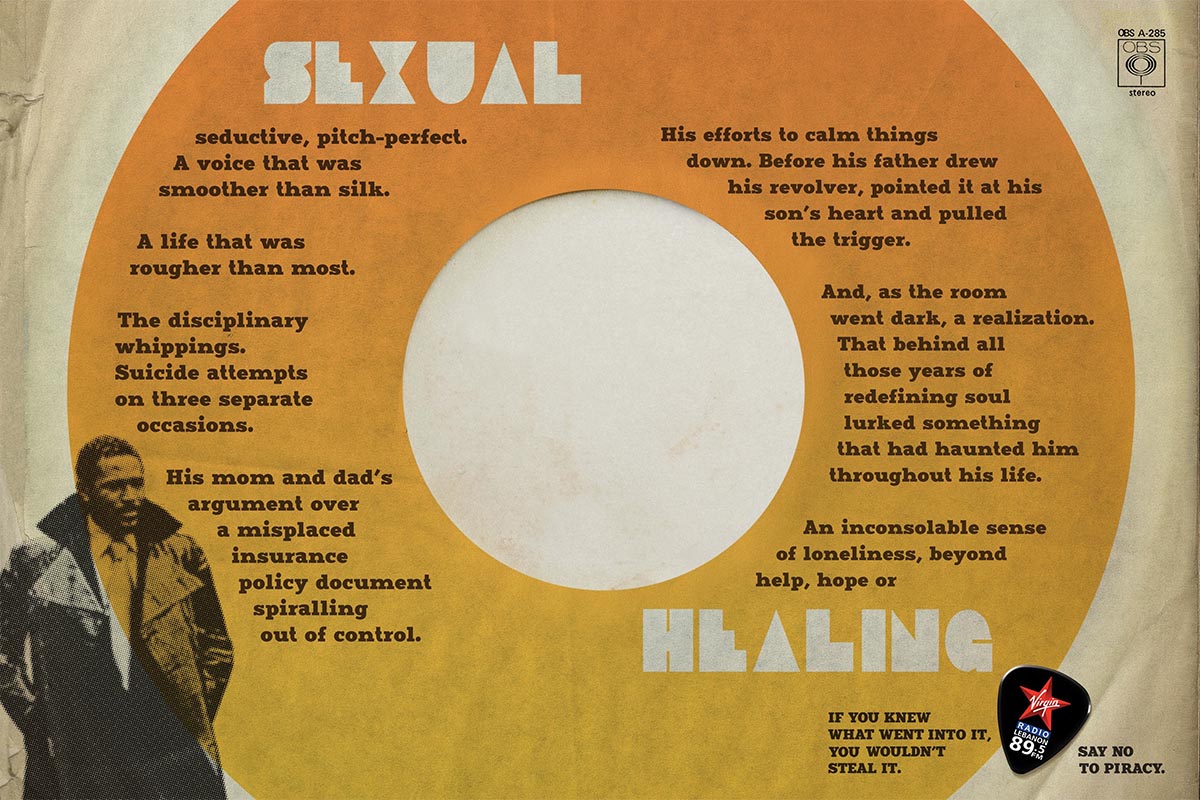 Almost nothing in this campaign makes sense, nor does it seem likely to work. First of all, most people who are getting access to infringing music don't think they're "stealing" it in the first place, so the tag line is nonsensical. Second, choosing super successful musicians, even those with very serious personal demons, isn't likely to generate that much sympathy concerning "Oh, they didn't make more money from the music that made them super rich and famous already."

And, of course, it's just damn creepy to somehow be pinning some sort of weird guilt trip on people, as if infringement somehow added to the personal struggles of Elvis Presley and Marvin Gaye? Huh? It doesn't make any sense at all. And while Winehouse at least lived in a time when there was widespread infringement, that would seem to have been fairly low on the list of things that concerned her.

And yet, Leo Burnett is acting as if this is some sort of noble effort, "taking a stand against piracy" rather than a fairly disgusting exploitation of dead artists who had personal demons while they were alive. Burnett calls it "a strong platform to build on for anti-piracy," which suggests an ad agency so out of touch and clueless, you kind of have to wonder how they stay in business.