A video synching up swimmer Katie Ledecky's recent Olympic victory with the universally recognized opening guitar riff from the song "Smooth" was recently pulled from Twitter over copyright concerns, unfortunate for a number of reasons, particularly the violation of fair use.

By now you've probably seen or heard about the somewhat amazing world record and race victory by swimmer Katie Ledecky in the 800 meter freestyle, in which she came in first by a rather astounding 11.38 seconds. There are some photos floating around showing her basically all by herself in the pool: 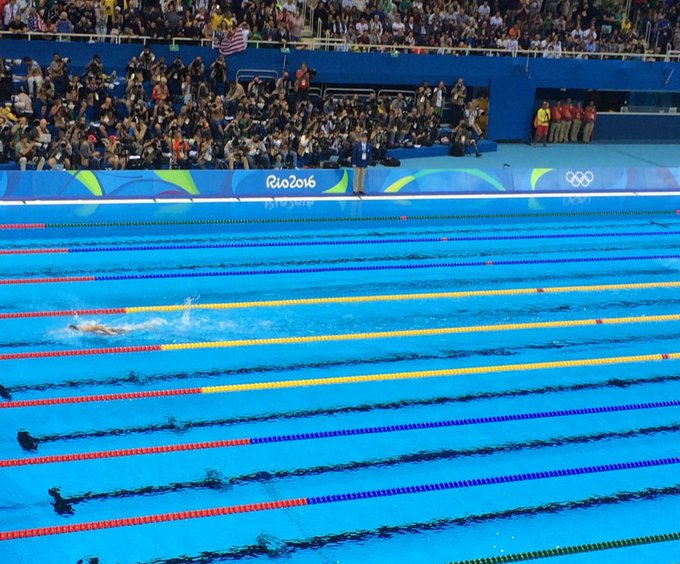 Of course, since you can't actually show any video anywhere, the NY Times created a graphic representation of Ledecky's amazing race showing just how dominant it was: 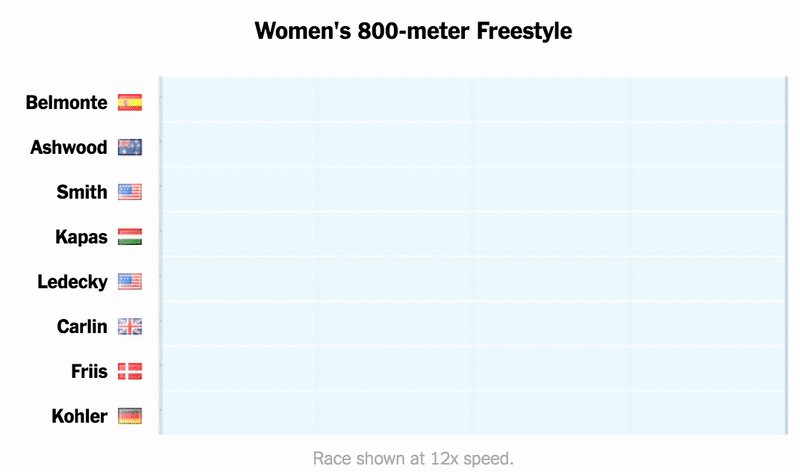 It seems kinda pointless that you can't use the actual video for that, but welcome to a world where intellectual property locks down everything.

Either way, various people were creating other ways of showing all this, and a guy named Jimmy Donofrio created a video that I think showed the end of the race synced up to the opening of the famous song "Smooth" by Carlos Santana, featuring Matchbox 20's Rob Thomas. You've heard the song. It's basically impossible for anyone to not have heard this song (or at least that opening guitar riff) at some point since it was released in 1999. Apparently, if you start the song just as Ledecky finishes, it gets all the way through the opening and up to Thomas saying, "Man it's a hot one…." before the 2nd place finisher touches the wall. The mashup video started to go viral. MTV News reported on how awesome it was.

But, if you go to that tweet now this is what you see:

Someone — either the Olympics or whoever holds the copyright to the song — issued a takedown. This is ridiculous. The use here was almost certainly fair use. But when you have two of the most aggressive copyright aggressors around — record labels and the Olympics — I guess it's no surprise that they would ignore fair use and take down content like this, which is the kind of content that would likely only get more people interested in either the Olympics or the music. But, no, copyright is apparently more important than that.

Separately, it's disappointing and somewhat ridiculous that Twitter agreed to take this down. I get that it doesn't want to lose any DMCA safe harbors — and perhaps it doesn't want to piss off the Olympics — but seriously, get a backbone and stand up for fair use.