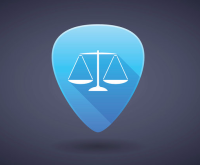 Necessity has proven to be the mother of re-invention, with the digital reboot of the music industry compelling them to learn a number of new tricks in order to stay afloat, as well as forcing them to become stronger advocates for their rights. In this piece Melvin Gibbs calls on artists to and Washington to defend the rights of creators against the pillaging of big tech companies.

The music industry's digital reboot has forced artists and songwriters to learn a lot of new tricks.

We've had to find new ways to reach our fans, get on top of social media and learn to squeeze a living from a hodgepodge of sources — cobbling together digital royalties, live performances and merch into a basic wage that hopefully recaptures what was lost when albums went away.

And we've had to learn to protect our rights, to join together to fight for a fairer, better music industry, and to demand pro-music policies in Washington, D.C. We've learned we can't leave these battles to the record labels, to the ASCAP's, or to the politicians any more.

So now I am President of the Content Creators Coalition, riding that D.C. Acela corridor and doing my best to make the case for pro-artist policies in Washington, D.C. Because if we don't speak for ourselves, others will — in fact, others already have, in a pretty shameless way.

Earlier this summer, the Internet Association trade group that represents the biggest tech companies in Silicon Valley wrote the U.S. Trade Representative — who is currently renegotiating NAFTA, the venue where artist's protections in international law will be decided — and claimed to be "the new faces of the American content industry."

These are companies that earn billions strip-mining artists' work, paying us below market royalties, turning a blind eye to the piracy of our work on their networks, telling the U.S. government they speak for us. It's like butchers claiming to represent the cattle.

After all, while some Internet Association members invest in and distribute original content, the group is dominated by large platforms, such as Facebook, Twitter, Spotify and Google. None of these companies are in the book, movie, music, or TV businesses (even if they claim otherwise). They are in the data-aggregation business. They're in the ad-selling business. Books, movies, music or TV shows mean nothing to them — and even less to Internet Association members that are further afield from the creative economy, like Groupon and Survey Monkey.

These companies seek free or cheap access to creative material to boost clicks by grabbing ears and eyeballs. That's what they mean when their letter euphemistically demands "balanced" copyright — more loopholes that allow them to exploit real creators.

The Association claims the version of copyright it demands is "essential" to "cloud-based services, machine learning, text and data mining, web search, consumer electronic products and many other innovations." I doubt that's true, but regardless, none of these things are "essential" to the creation of books, music, movies or television shows. Whoever the Internet Association is speaking for, it's not creators.

It would appear the U.S. Trade Representative also saw through this charade, because just four weeks after claiming to be the "new faces of the content industry," Big Tech's association reversed course and distanced itself from creators, warning that the U.S. "should not cozy up to Hollywood and content in NAFTA negotiations."

"Balance" almost always sounds like a good thing, but in the hands of the Internet Association it's a weapon — they want to balance my ability to earn a living against their right to use my work for free. That's not balance, it's an assault on creators everywhere. Big Tech claims that a stronger NAFTA that clamps down on piracy of creative works would hurt the big platforms like Google's YouTube — but that's just an admission that these companies profit off of piracy. Maybe that's true, but that abuse shouldn't be "balanced" against anything.

The tech platforms wrap themselves in claims about free speech or internet censorship, but in the end they oppose measures to reduce pirated music and other creative works because that would hurt their bottom line. Profits for tech platforms are based on ad dollars for ears and eyeballs, and on the internet, ears and eyeballs are blind and deaf to whether or not a work is stolen or licensed.

It's not just creators who are crying foul. A recent letter from a coalition of Canadian, Mexican and U.S. research groups rejects the Internet Association's phony "balance." And their call to expand the failing DMCA safe harbors are similarly flawed. Economists have already exposed the DMCA's limitations — which cost music creators up to $1 billion in lost U.S. licensing revenue on YouTube alone.

It's ironic that self-proclaimed disrupters and innovators are so keen to preserve a status quo that serves them. They want copyright laws that were adopted in a distant digital past to be preserved in historical amber. They advocate against reform while claiming to speak on behalf of those who are harmed today.

Fortunately, for true creators, we have found our voice as well.

Melvin Gibbs is the President of the Content Creators Coalition. He is an award-winning American bassist, composer, and producer who has appeared on close to 200 albums.