Why Rapper Mims Is Hot (Again)

Known for the hit "This Is Why I'm Hot" (circa 2007) Washington Heights rapper Mims is seeing new success with the RecordGram app, which allows both producers and aspiring artists to rent and lease beats, to the benefit of all parties involved. 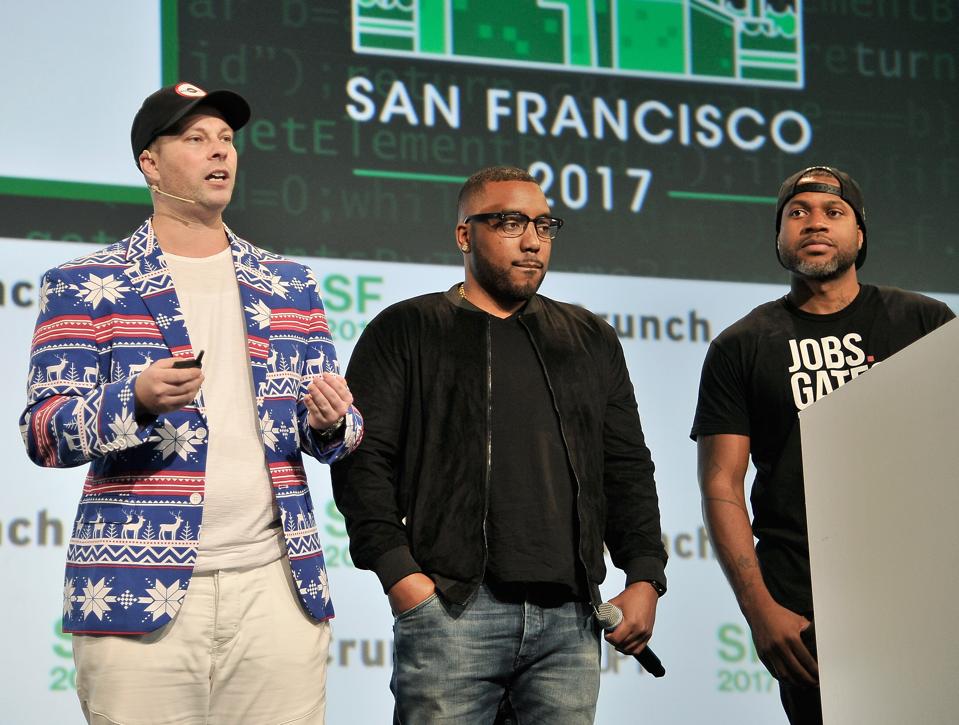 You remember Mims, the Washington Heights rapper responsible for 2007 chart topper “This Is Why I’m Hot" and its delectable, tautological refrain: “I’m hot ‘cause I’m fly / You ain’t ‘cause you not / This why (this is why) this is why I'm hot.” Now he’s back with another compelling product–this time it’s not a song, but an app.

Mims, along with manager Erik Mendelson and producer DJ Blackout, founded RecordGram in February 2016 with the idea of harnessing the power of smartphones to bring a recording studio to life in your pocket. For $90 per year or $9.99 per month, producers can upload beats and lease them to aspiring artists for $5 apiece. If a resulting collaboration turns out to have hit potential, it can pay dividends for both sides.

“I felt like artists needed a system or a utility tool to be able to record [without] spending hundreds of or tens of thousands of dollars in the studio,” explained Mims, 36, in an interview following the SF MusicTech Summit earlier this week.

Mims’ inspiration for the app dates all the way back to the aftermath of “This Is Why I’m Hot.” He and Mendelson say Mims grossed roughly $18 million that year for Capitol, which had paid Mims an advance of $850,000. But after accounting for seven-figure promotional budgets, he recouped only $30,000 or so.

That experience left Mims disillusioned with the music business, and sapped his motivation to record a follow-up. Indeed, he released only one more full-length album: Guilt, in 2009, which didn’t come close to matching his debut. So in 2010, he and Mendelson turned their attention to the tech world, trying to get an app called URemix off the ground. But the product revolved around costly existing copyrights, and they didn’t get anywhere.

“And then … I guess a light bulb went off in my head,” says Mims. His thought: “Maybe there's something that we can do that allows our users to create original content."

He talked it over with Blackout, who simply googled “how to develop an idea,” and soon they’d farmed out creating the technical underpinnings of what would become RecordGram to some freelancers in India. But a project they thought would cost $1,000 quickly ballooned to $100,000.

This spring, RecordGram won TechCrunch’s Startup Battlefield-New York, along with a check for $50,000. Most recently, the startup landed on Apple’s Planet of the Apps and raised a $1 million round led by a $650,000 investment from Lightspeed Venture Partners, an early backer of Snapchat.

The three founders still hold 70-75% of RecordGram’s equity, and they’re hoping to hang on to as much as they can going forward. Perhaps for this reason, they’re exploring an ICO later this fall—with the goal of raising a whopping $100 million via Ethereum.

“This is really the direction, I think, that we need to take our business,” says Mendelson. “We don't have to give up any equity, and we can actually involve the community. And if the community has a vested interest in us, then they're going to be our advancers and talk about our platform, which is going to help our business out.”

This publication tends to be skeptical of what may be a centibillion-dollar bubble, and stating a goal to raise $100 million is, of course, no guarantee that it will be achieved.

Even if RecordGram could raise such a large sum, what would the young company do with that sort of war chest? Mendelson has plenty of ideas: kicking off a massive social influencer campaign to drive users to the platform, licensing commercial music from labels and perhaps becoming a full-fledged streaming service—in essence, SoundCloud with a virtual studio attached.

Bold future plans aside, Mims is already quite happy with the here and now; in his current role, the time spent on stage at tech conferences may end up being more lucrative than his time spent onstage at music venues. And with RecordGram, he's giving up-and-comers a label-deal alternative that he was never able to consider in his own career.

“There are artists on the platform now that have taken meetings with labels that are holding off” on signing deals, he says. “They feel like … as the RecordGram platform rises, that they're going to get more visibility on our app than they would ever get through a record label.”

Someday, perhaps they, too, will be hot.

For more on the business of entertainment, sign up for my email updates and check out my books on Jay-Z and Michael Jackson. You can also pre-order my new book on Jay-Z, Diddy & Dr. Dre.