[OP-ED] While we've already seen plenty of evidence that giving people the ability to takedown someone else's content will inevitably abused, we see a new evolution on the issue, with someone using DMCA takedown notice as a method for extortion.

We've made this point over and over again: if you give people the power to force down someone else's content, it will be abused. We see this most clearly in things like DMCA takedown notices, which are rife with abuse — either through automated takedowns or just by people who want certain things to disappear. But here's a variation we haven't seen quite as much: DMCA abuse as extortion. This story involves musician/composer Keitaro Ujile who variously goes by Ujico* and Snail's House and who has a pretty big following. As an aside, he describes his electronic music as "Happy Music" and, damn, is it ever. I've been listening to it while writing this post, and you can too at Soundcloud, Bandcamp or… YouTube.

It's that last one that this story is focused on. Because a few of his songs on YouTube currently look something like this right now: 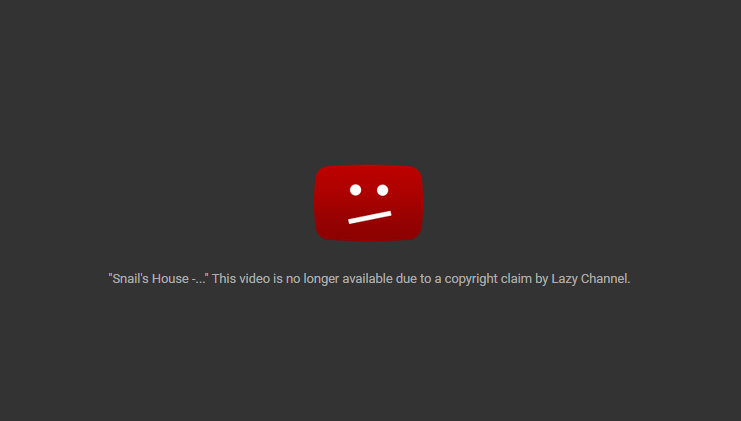 Yup, so someone named Lazy Channel is claiming infringement on three Ujile videos. "Lazy Channel," whoever that is, has his own YouTube page, and it appears to have a bunch of Vietnamese songs on it. It doesn't have many followers (350 subscribers). I'm not linking to it, because no need to give that guy any extra attention, because here's the rather incredible message that "Lazy Channel" sent to Ujile soon after his videos got taken down: 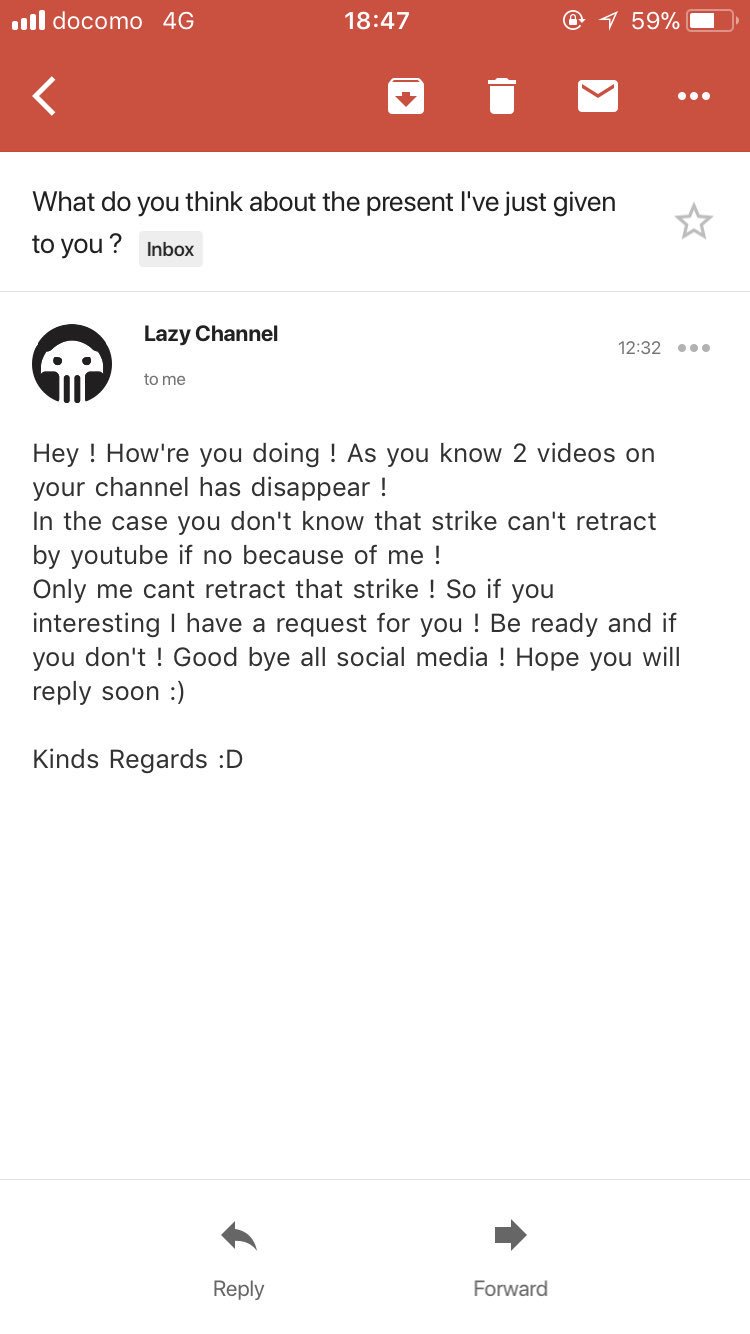 If you somehow can't read that, it says:

Hey ! How're you doing ! As you know 2 videos on your channel has disappear !
In the case you don't know that strike can't retract by youtube if no because of me !
Only me cant retract that strike ! So if you interesting I have a request for you ! Be ready and if you don't ! Good by all social media ! Hope you will reply soon 🙂

So, yeah. That's Lazy Channel more or less admitting to attempted extortion. Ujile has counternoticed the claims, but in the meantime has disabled the videos in question in Vietnam.

Seeing all of this so blatantly put forth suggests that this kind of thing is a lot more common than we realize — but that's almost to be expected when we give anyone the power to takedown videos by claiming copyright infringement — and setting things up so that the hosting platforms will face massive liability for failing to comply (and comply quickly, with little investigation). In watching people respond to this news, it's interesting to see some people say that nothing should ever get taken down without an investigation — which sounds like a good idea, but difficult under the law as it stands. And, of course, many, many voices are crying out right now to make these so-called intermediary liability protections even weaker, which will only enable even more such takedowns and extortion.

This is why we keep talking about the importance of things like the DMCA's safe harbors or platform immunity under CDA 230. CDA 230, in particular, helps prevent these kinds of scams (outside the copyright context, which isn't covered by CDA 230), and it's yet another reason why we're so concerned about SESTA. While that bill claims to be targeting platforms that are profiting off of sex trafficking, it will open up a massive power for those who wish to abuse the system, demanding content get taken down at the risk of criminal penalties, and even if the demand is entirely bogus, the risk and liability may be so large that many platforms will just comply.

So, yes, this situation with Ujile is unfortunate and must be a real nuisance for him — especially since too many strikes will get his entire YouTube account with its 65,000 subscribers shut down (another "feature" of the DMCA that the legacy industries demanded be included in the law, and which they've been seeking to expand via lawsuits lately). But it's also an unfortunate example of how putting liability on platforms enables and encourages this kind of extortion and (importantly) harms actual creators like Ujile. To hear the RIAA/MPAAs of the world, we need to weaken protections for platforms to help artists. Yet, here is a clear example where it's enabling real harm for an actual artist. So where is the RIAA and those others speaking up for Ujile and how unfortunate it is that he has to go through this experience now?