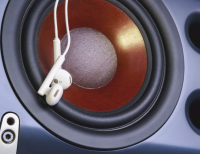 After developing a passion for under-the-radar music from a young age, Alex Rainbird went on to cultivate a successful YouTube Channel highlighting talented but rarely heard artists and began releasing monthly compilations showcasing some of the best independent undiscovered artists. Here he talks with Rick Goetz about his success and how his business operates.

Alex Rainbird is the founder of alexrainbirdMusic.com, a platform for showcasing independent artists from around the world. Based in the UK, Alex developed a passion for under-the-radar music in his mid teens and noticed that many talented artists were not getting heard in the crowded marketplace. He created a YouTube channel in 2011 in order to upload videos of his favorite songs and introduce new and emerging artists to a wider audience. Throughout the next few years, his subscriber base grew exponentially. In 2013, he put together his first monthly indie music compilation video, which became a huge success, drawing significant viewership and garnering the attention of not only independent artists but also big brands and companies in the indie space. Through his platform, Alex has established partnerships with ReverbNation, Reading & Leeds festivals, Anker and many more. After hitting millions of views on YouTube, he launched his own website and merch store in 2016 and began selling his monthly compilations on iTunes and Spotify. Alex showcases some of the best undiscovered independent artists from around the world through his popular monthly indie compilations, daily blog posts on new indie releases, his Spotify playlists and his own record label. With his girlfriend, Beth, he also has a vlogging channel that provides insight into his personal life beyond the music world. Alex recently spoke about how he has been able to gain traction for indie artists. He also talked about the qualities the artists he works with share and what makes indie music truly great.

Music Consultant: Thanks for taking the time to talk, Alex. Your website explains a bit about how your company took off. Can you explain a bit more about how you were able to attract so many followers and gain so much traction for undiscovered artists?

AR: That’s a tough question to answer, but I think I had success because I was really the first person to make these monthly compilation videos on YouTube. I never dreamed I would have so many followers, but I guess due to the eye-catching images I find and obviously the awesome musical content, people slowly discovered my channel and began subscribing. I found I had more and more every day. Consistently putting these compilation videos out out coupled with the artists sharing the videos on their social media has just made it all snowball into what it is now.

Music Consultant: You do a lot of things at your company – not only YouTube compilations, but also Spotify playlists, releases through your record label and selling merch. What is the most lucrative part of your business?

AR: Definitely YouTube advertising revenue! Receiving three or four million monetized views each month is what allows me to keep this all running and is all I ask for in return for promoting the bands in my videos. The Spotify albums can be quite lucrative, and although my record label has only been running for a few months, I’m looking forward to developing it into something awesome in the coming years.

Music Consultant: How does your label work? In other words, what kind of deals/revenue splits are you doing with the artists you sign? Do the deals vary?

AR: It’s pretty much a distribution/marketing deal, where I keep 25-percent of the revenue and send the band the other three-quarters. In return, I release their album to stores and then include every track in my compilation videos over a period of months, which guarantees millions of YouTube views. I also add their music to my popular Spotify playlists, upload the songs to my SoundCloud page and share with my influencer friends who run popular blogs, YT channels and radios themselves in order to spread the reach even further.

Music Consultant: It sounds like it gives them a pretty solid platform. When it comes to signing an artist/band to your label, what qualities are you looking for?

AR: It’s completely based on personal preference. The artist has to make music that I love, and more importantly, music that other people will love. Over the years I think I’ve gotten pretty good at telling what people will like or not. Essentially, my record label is the best-of-the-best of my YouTube channel.

Music Consultant: How big did your influence have to be – in terms of number of subscribers, playlist followers, etc. – before industry people started reaching out to you for help breaking new acts?

AR: I’d say that I received regular YouTube submissions – a handful each week – once I hit 10,000 subscribers. That was only about three years ago. I now receive an average of about 50 submissions per day across email, Facebook & SoundCloud messages, SubmitHub, etc. In the last year I’ve also been receiving Spotify submissions. I currently have 7,000 followers on that platform.

Music Consultant: YouTube is arguably a social media site, but other than that platform, which social networks have been the most influential in growing your company?

AR: One of them is definitely Facebook. Being able to share all my videos on there, as well as upcoming video artwork, live stream announcements, etc. has been very helpful in spreading the word. So has having my followers see these things and potentially share with their friends. This activity is in addition to when bands post my videos that they’ve featured in to their followers, which can introduce thousands of new viewers to alexrainbirdMusic.

Spotify has also been very useful. I recreate all of my YouTube compilations on Spotify using playlists. Due to the ever-growing popularity of the platform, it’s been great to build up a dedicated following on there too.

Music Consultant: What advice would you give to someone who is approaching an influencer like you? How do people best get your attention?

AR:  At the end of the day, the music is what I want to hear! So, please don’t bury your tracks beneath paragraphs of band bio, photos or stats. I’ll happily look through all of that myself if I like your songs enough! Just make it easy, because, as mentioned, I have a lot of submissions to get through.

It’s also nice when people address me as Alex, rather than sending a mass email. Compliments on my channel are always good too; just knowing you’ve been listening to and enjoying my videos makes me happy! But as long as you make good music, there’s always a place for you on alexrainbirdMusic.

For more information about Alex Rainbird and his platform for independent artists, visit alexrainbirdMusic.com. You can also find him on his YouTube channel and on Spotify