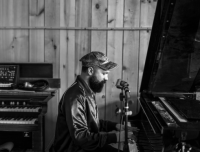 While not the most popular year on record, there are a number of valuable takeaways from 2017, and some evidence that it is once again possible to forage a career as an independent musician. Here we look at a few important lessons from the past year to keep in mind for 2018 releases.

Guest post by Rich Nardo of the TuneCore Blog

[Editors Note: This blog was written by Rich Nardo.]

2017, for all its faults, taught us a lot. Perhaps the most interesting lesson for us music industry folks was that you can still make money as an independent musician. The way forward is young and not yet fully established, but it is now apparent that we will have a path back to being able to build a career in the field we all care so much about. According to a September article on Billboard.com, growth in the industry again saw an accelerated growth rate in the United States. In fact, the RIAA’s 2017 mid-year report showed double the ‘much talked about’ percent increase we saw the previous year.

If you’ve already been doing your research, you’ve probably also realized that a large percent of that growth has benefited major labels. Still, it does indicate that independent artists can also carve out their own piece of the pie. The key to doing so will be allocating your time and resources to the right channels.

Here are a few things to keep in mind when you’re planning your 2018 release:

Instagram Is Important for More Than Just Brand Building

When I polled a Facebook group I belong to for artist managers, one of the topics I received the most feedback on was Instagram. Yes, an artist’s presence on Instagram can help put forth the aesthetic that best represents their project, but there is so much more to be gained by paying attention to the social media application.

For one, cross-promotional opportunities with influencers, brands and blogs can greatly increase your reach. Taking over a blog’s story or having an influencer post about your music can reach new fans in a way that simply posting to your own will not accomplish.

On your own page, making use of the “swipe up” function in your story will allow you to direct your fans directly to streaming or buy links. Livestreaming is as important as ever on Instagram, and it may take a lot of groundwork, but something as simple as DM’ing your fans can help build loyalty and increase sales, streaming numbers and attendance at your shows.

There is Strategy to Getting Spotify Playlisting As the popularity of Spotify playlisting has increased substantially, so has the difficulty in getting your music placed. Playlisting has largely filled the role that terrestrial radio once did as a means to discovery and labels and management firms are gearing up strategically to put their artists in the best position to capitalize.

As an independent artist, you may not have the same resources as some of the bigger companies, but you can still approach playlisting strategically. By targeting independent influencer, blogs and brands that have significant followers on Spotify you can not only reach fans directly, but also help how your song is performing within the Spotify algorithm which will create a greater chance that you will be added to Spotify official playlists.

You can also speak with your distribution company about how to best use their services to get your foot in the door with Spotify official and, if you’re not happy with what they’re offering, hire an independent agency dedicated to Spotify playlisting much like you would hire a publicist for press. TuneCore does a great job with helping artists attain playlisting and we offer that service at Ngagency as well. Another solid agency doing something similar is Artist Method, who “empower artists and their teams with the necessary tools and best practices to develop long term relationships with companies like Spotify” according to Founder and CEO Weston McGowen.

Yes, Spotify receives the lion’s share of attention from a streaming perspective but there are other fish in the sea. Apple is nearly keeping pace with Spotify’s growth rate, adding an average of 15 million subscribers per year (compared to 20 million for Spotify over the past two years). Amazon is quickly becoming the Ripple to Spotify’s Bitcoin as they’re integrating their streaming services with other aspects of Amazon’s empire we all use on a regular basis.

Perhaps most notably, YouTube appears set to launch their streaming service in March, which could change the field completely as they already are responsible for a significant portion of new music discovery.

Rich Nardo is a freelance writer and editor, and is the Director of Public Relations and Creative at NGAGE.