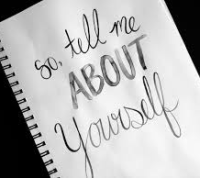 Your artist bio is your opportunity to tell the world about yourself and who you are, but sharing can feel self-indulgent, and doing yourself justice can be a challenge for many artists. In an effort to make things easier, we look at five essential which every artist should be sure to include in any bio they put together. Guest post by Angela Mastrogiacomo from the TuneCore Blog

Your bio is your story. It’s your opportunity to share a little piece of who you are and what you’re all about with the world. With any luck it will be presented to fans, press, and industry, so it should be dynamic.

While this is an exciting opportunity to share a piece of yourself, it can feel a little overwhelming and self-indulgent to tell the world “this is who I am and here’s why you should care.” Am I right?

Rest assured that you’re by no means the only artist to feel that way or express that concern—talking about yourself can be hard! That’s why when budget allows, bringing on the help of someone who can communicate your story for you can be so helpful.

But when you’re on a shoestring budget, writing your bio can become a necessity. That’s why we put together 5-must haves that will create a captivating bio for any reader.

The very first thing you need for your bio is a hook that’s going to capture your reader’s attention. The way to do this is to pull them in with a short story or quick line that is as unique as you are, and that flows really well. So for example, what you wouldn’t want to say is something like “So and So is a 4 piece rock band from Arizona. They enjoy fishing, beer, and French fries.”

“Austin-based singer-songwriter Jon Pattie has an extraordinary way of cutting straight through to the core of his listeners’ emotions. With a passion for songwriting running through his veins from an early age, Pattie’s fervent lyrics and sparkling melodies expose a truly sensitive artist whose soul-shattering vocals have the power to provoke a profound response.”  (Taken from the actual bio of Jon Pattie.)

Which brings up another good point—bios should always be written in third person. It’s just weird otherwise.

This is an important one. You may think your sound is totally unique but I promise you someone before you has had a similar enough sound. And this is actually a really good thing! If you can identify and convey that, then you’re more likely to grab the attention of someone who already likes the band you sorta kinda sound like.

Remember, who you sound like isn’t necessarily who you’re influenced by. You may love and feel inspired by Bob Marley but you’re an alt rock outfit a la 30 Seconds to Mars. That distinction is important. Throw it in early on in your bio and/or at the end with the phrasing “For fans of: X,Y,Z.”

Time to brag! This is where you’ll want to list all your notable accomplishments and the cool things you’ve done in your career. If you’ve played notable venues or festivals or shared the stage with prominent bands, throw that in. If you’re still a pretty new band or artist who hasn’t had a lot of traditionally noteworthy success, get creative. Cool events you’ve played (that maybe aren’t traditional, like an art gallery opening or that time you played in a treehouse) will work. You can also list influential producers or team members that you’ve worked with.

The key here is to only list the things the entire band has done. It doesn’t really matter if Joe played SXSW in his old band or that Tom has toured Europe. It only matters if these things have happened to or with the current band you’re writing the bio about.

While you’re busy listing out all the amazing things you’ve done and telling readers who you sound like, don’t forget to inject a little personality! The best bios are the ones in which the reader feels connected, like they know you or at least want to know you because they can really connect with what you’re saying. The way to do that is to let your personality shine through.

Don’t worry about not seeming professional if you let people in—as long as you use common sense you’ll be fine. Trust me, it’s better to have too much personality than too little.

5. WHAT TO EXPECT NEXT

Wrap up your bio with a teaser of what’s coming up for the band. If you have an album planned for the fall, I want to hear about it. A big show? Throw it in there. (But then remember to remove it once the show is over). The last paragraph or so of your bio is where you let the reader know what they can expect from you, which helps keep them engaged by giving them something to look forward to—which is always a good thing!