A Letter In Support Of The Music Modernization Act From Berklee President Roger H. Brown 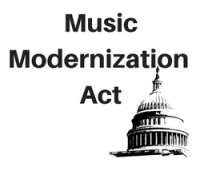 I recently sent the following letter to Massachusetts Senators Elizabeth Warren and Edward J. Markey in support of the Music Modernization Act. Berklee, and our Open Music Initiative, are advocating for a creative industry that fairly compensates its artists and empowers them to have successful, sustainable careers.

I’m writing on behalf of Berklee to voice my support for the Music Modernization Act (H.R. 5447, S. 2334 and S. 2823), which unanimously passed the House as well as the Senate Judiciary Committee, and is currently under debate in the Senate.

In close collaboration with MIT, Berklee is the founder and leader of the Open Music Initiative, a Massachusetts-based industry consortium designed to establish open-source protocols for the identification of rights holders in the digital music era. Through our work with Open Music, Berklee has been a thought leader in advocating for a new approach to creators’ rights. Our over 200 members represent an unprecedented cross-industry collaboration between creators, entrepreneurs, and also academic, music business, technology, and policy leaders to resolve longstanding media rights issues. As the world’s preeminent arts institution and founder of Open Music, Berklee advocates for a creative industry that fairly compensates its artists and empowers them to have successful, sustainable careers—the Music Modernization Act will help us move in this direction.

The Music Modernization Act will benefit artists by:

The Music Modernization Act mandates a public database where rightsholder information for the recording, the composition and lyrics, or publishing for every song would be held, and through which royalties would be matched. We strongly advocate that this public database be built based on Open Music’s open source protocols, which would allow other applications to query and inform the data, thus resulting in increased matching between artists and their royalty payments. This open source approach is particularly important for small, independent, and emerging artists, who do not have an established market share of royalties to fall back on. It will also empower artists to see that their creative content is correctly registered and to track that their royalty payments are being correctly measured and paid.

As an artist-focused, neutral academic institution and as the leader of Open Music, Berklee can play a crucial role in increasing transparency in an industry historically plagued by opaque payments and rights transfers. I would be happy to discuss the bill and our work through Open Music further. Please do not hesitate to reach out with any questions.