In this piece Rick Sanders revisits the reversal of the Stairway to Heaven verdict by the Ninth Circuit, looking at the actual strange reason the panel reversed the verdict and gained the opportunity to correct its own weird copyright law.

Yesterday we published the first part of an analysis by copyright lawyer Rick Sanders who wrote up a thorough analysis of the recent 9th Circuit decision to overturn the jury verdict in a case involving whether or not the Led Zeppelin song "Stairway to Heaven" infringed on another song. The first part described how the 9th Circuit might correct a problematic "test" for infringement, and this part analyzes the problems with the jury instructions.

But that isn't why the panel reversed. While the panel did make some suggestions about how to present the "inverse-ratio" rule to the jury, the way it was presented to the original jury isn't what merited reversal. What merited reversal was the lack of another jury instruction about a basic and uncontroversial principle of copyright law that the parties agreed should have been there in some form. In short, the case is being reversed — and the Ninth Circuit is getting a chance to fix its own weird copyright law — because of what appears to have been a brain fart.

We all gasped when we heard about the reversal. Jury verdicts are hardly ever reversed. One of the few ways a jury verdict can be thrown out is if the jury was badly instructed in the law. Juries, naturally, don't bring any knowledge about the law with them when they serve. That's not their job, really. Their job is to weigh evidence, make credibility determinations, and so forth. But at some point, they need to be told what the law is, so they can take all that evidence they weighed and apply it to the law and render a verdict. How this is accomplished might surprise you.

For all other jury instructions, the parties submit their own versions of instructions they think address all of the legal issues being raised at trial, together with a short explanation of the legal authorities for their versions. The judge decides which version to use, or the judge might even craft his or her own version based on their own research.

"Selection and Arrangement": An Introduction

In this case, the plaintiffs hold the copyright in the song "Taurus," which has for years been rumored as the inspiration for Led Zeppelin's "Stairway to Heaven." (But inspiration isn't infringement! Well, at least, not necessarily.) When the plaintiffs finally got around to suing, Led Zeppelin argued (among other things) that any similarities between the songs were only for non-protectable elements, like the use of the chromatic scale. Plaintiffs argued that, even if that were true, the "selection and arrangement" of those elements were original (and, by implication, that "Stairway to Heaven" took that selection and arrangement).

Both parties recognized the need for an instruction on this issue. They disagreed on what it should say. They submitted competing instructions for the judge to consider. Then came the jury charge, at the very end of the case, just before the jury began deliberations. The judge began to read the instructions. Now, normally, a party would have an opportunity to object on the record to an instruction. This is a prerequisite to complaining about it on appeal. But the judge here didn't want to hear any objections. He reasoned that, if the parties disagreed about an instruction in their submissions, it was reasonable to assume that they would object to an instruction that didn't match what they'd submitted.

The parties waited for the instruction about what to do with works made up of unprotectable elements. It never came. This was good for Led Zeppelin, though not ideal. On the one hand, since Led Zeppelin had presented evidence that all they'd taken (if anything) from "Taurus" was not protectable, such an instruction couldn't help their argument, no matter how it was crafted. On the other hand, it was foreseeable at the time that the missing jury instruction could imperil a jury verdict in Led Zeppelin's favor (assuming they could focus on it with 500 other things going on at that moment.

On appeal, the strongest argument — that trial court was correct not to give the instruction — wasn't really available to Led Zeppelin because even it had suggested an instruction. (Led Zeppelin tried anyway.) Instead, it had to argue that the missing instruction made no difference to the jury's deliberations. That's where another major goof with the jury instructions came in. 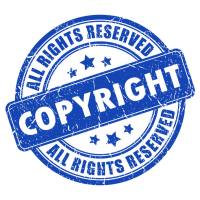 Nearly all copyright cases will need an instruction about originality. Without "originality," there is no copyright. Originality, however, is pretty easy to achieve. All that's really required is that the work be expressive (i.e., not just ideas) and the product of a human mind. This last requirement not only excludes things like the "monkey selfie," but also things like underlying facts, which exist independent of human thought; and stock "tools of the trade" commonly available to everyone in the creative field, like stock characters, computer code that everyone uses, certain three chord progressions, and so forth (what lawyers call "scènes à faire"). It also excludes material the author copied from other works (including those in the public domain), but only if the author actually copied them. Originality doesn't mean novelty, just that it's the author's independent expression.

An original work may include or incorporate elements taken from works owned by others, with the owner's permission. However, any elements from prior works or the public domain are not considered original parts and not protected by copyright. Instead, [t]he original parts of the plaintiff's work are the parts created:

1. independently by the work's author, that is, the author did not copy it from another work; and
2. by use of at least some minimal creativity.

What it Means to Create

I don't know if copyright has a single "heart." Perhaps, like an octopus, it has several hearts. But surely one of copyright law's hearts is that creativity can and often does build on the work of others. This idea is echoed in fair use. And it is echoed in the non-controversial idea that not every element of a work must be protectable for the work to be entitled to copyright protection. "Selection and arrangement" is just a stilted and abstract way of saying: if you give 100 kids the same collection of 100 lego bricks, you will have 100 different original works in about 30 minutes, even though no single lego brick is protectable and even though the 100 different original works will naturally share certain techniques in common.

These two errors in the jury instructions aren't just about technicalities of a highly technical law. Goodness knows there's a lot of those in copyright law. No, they go to one of the basic tenets of copyright law: what it means to create.

My charitable interpretation of all this is that the court had a major brain fart that Led Zeppelin's lawyers didn't see coming or didn't fully understand how perilous the consequences would be. The other interpretation is that this was a legal strategy that worked too well and backfired badly. It's too bad. I strongly suspect that a correctly instructed jury would have come to the same verdict, but the scale of this mistake is such that we can't safely assume that. I also strongly suspect Led Zeppelin will prevail on remand—after incurring more expense, lost time and anxiety.

Rick Sanders is a trademark, trade secrets and copyright litigator and a founding partner of Aaron & Sanders, PLLC. From 2012 to 2014, he was an adjunct professor at Vanderbilt University Law School, where he was teaching Copyright Law. He blogs at IPBreakdown and tweets at @RickSandersLaw.