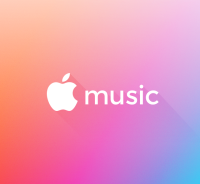 In this new music economy, pitching to playlists has become an essential part of a musicians promotion, as solid streaming placement can often propel an artist toward major success. Here we look behind the curtain at what the pitching process is actually like when it comes to Apple Music.

Guest post by Bo Turner of the Repost Network

Playlist pitching has become a key aspect in generating streams for yourself as an artist. It’s always been an effective method for promoting tracks, and gets the job done as far as gaining exposure across different platforms. If you’re keeping up with the Repost Network blogs you’ve surely noticed how frequently we mention Spotify playlist pitching. How come we haven’t mentioned their opposing platform giant: Apple Music?

Well, there’s a reason for our absence of advice regarding Apple Music. Apple’s platform is relatively private and doesn’t offer much as far as promotional opportunities. Every public playlist that is viewable on their application has been curated by either the experts on Apple’s editorial team, or professional groups/companies working with Apple. They do not allow for public third party curators, unlike Spotify’s platform. This makes it almost impossible to pitch your music to their playlist owners unless you have direct connections to the editorial team. Even though playlist pitching might not be down your alley for Apple Music promotion, there are steps you can take as an artist to increase your chances of landing a spot on one of their playlists.

1. Verify your profile with Apple Connect

Make sure that you have a verified profile on Apple Music for Artists. Once you’ve distributed tracks onto their platform, you can claim your profile. Start by signing up HERE.

2. Build your following on Apple Music

Using social media or any other tool at your disposal, build your follower count as much as possible on Apple Music. This will bring curators to your page where they can decide whether or not to include you in their playlists.

3. Work with a distributor that has relationships with Apple’s editorial team (Repost Network!)