Checklist To Decide If Your Album Is Release Ready

Once you've put the finishing touches on your crisp new album, you're doubtless going to be eager to release it to the world, but before you do, take some time and make sure you have these six elements in place to ensure your release is a success.

So you’ve just recorded an incredible new EP or album and you’re dying to get it out into the world. After all, this is your latest masterpiece—your best work to date—and your fans are going to love it! Plus, you’ve been promising them something new for a while and it’s time to deliver on that promise.

Before you go releasing an album on a whim, make sure you are release ready so you get the maximum impact and exposure for the album. Ask yourself, do you have the following?

Whether you’re hiring a publicist or doing a DIY campaign, you want to start that campaign 8-weeks ahead of release date, which means you need to start getting in touch with a publicist or, organizing your DIY campaign at least 3-4 months ahead of release date. As tempting as it can be to get your mastered tracks on a Thursday and release the album on Friday, cutting off your lead time is only going to screw yourself (and ultimately your fans) over.

Keep in mind, an album requires a bit of hype and effort to have proper impact, and as far as coverage on blogs goes, you’ll need to get that album to outlets prior to its release for any hope of coverage/review. Once an album is out it becomes increasingly difficult to get any kind of press interest, so always give yourself enough time.

This is an important one—you need to have a pretty clear idea of what’s happening and then follow that agenda, rather than just acting on impulse. For instance, reading this checklist is a good start. You’ll also want to ask yourself things like “am I doing this campaign myself or am I hiring a publicist?” then, ask yourself follow up questions depending on your answer. If you’re hiring a publicist you need to start reaching out, budgeting for the expenses, etc. If you’re DIY-ing it you’ll need to make sure you have strong media relationships (or put a plan in place to start building them), putting together a media list to pitch, and have a plan for what days you’ll do which tasks.

Don’t make the mistake of excitedly rushing forward and assuming you’ll figure it all out as you go. You’ve put a lot of time and money into the new release, and you want to take your time to make sure it gets heard. 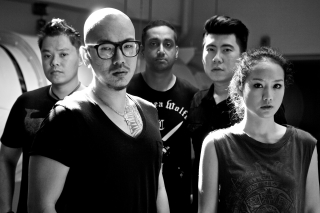 Please don’t have your friend take a few photos on their iPhone and call it a day. First impressions matter and when you’re planning to submit to press for everything from Spotify placement to album reviews, your press photos matter, and you should have a variety to choose from.

Take the time to figure out your brand and what mood you’re going for and then do your research on a photographer who has experience working with bands on promo photos. Press photos really do set the tone for press, fans, and the industry as a whole so don’t skimp on this.

If you or someone in your circle is a stellar writer, fantastic! If not, this is another one of those things you’ll probably want to hire out for. Your bio is your first opportunity to tell your story, and to captivate fans and press, making them want to learn more. It can be a little uncomfortable writing about yourself, especially when you’re expected to 1) tell a story rather than bore the audience with dry facts and 2) do a bit of subtle bragging about your accomplishments, which is another reason this is sometimes best handled by a third party.

Whatever you choose, be sure that your bio is compelling and offers a look at who you are and what you’re all about. This is one of your first chances at connection, so don’t miss it.

If you release an album and no one is there to hear it, did it ever really release? Well, yes, but unfortunately you won’t get that opportunity back so you want to make sure when it comes time to reveal, you have people actually waiting to hear it. This means having an active and engaged social media presence well ahead of release, so that fans are eagerly waiting to hear the new material, share it, and comment on it.

Having a healthy presence will also come in handy when it comes to approaching press. Not to mention, it’s just a fantastic way to connect with fans and grow your audience. There’s really no reason not to invest your time and energy into social media.

If you’re reading this, you already know that being a musician takes a lot of grit. It requires long hours, complicated feelings, and a lot of planning and organization in addition to the creativity that probably got you into this in the first place. When you’re planning to release a new album, you should be incredibly excited—this is a momentous occasion! But when you’re also looking to gain traction around it, be it from fans, press, or other industry, it’s going to take work, and there are going to be some rejections—it’s just part of the process. Try not to take it personally or to let it get you down. You’re here, you’re awesome, and you have a lot to share and give to the world. So get out there and show ‘em what you’ve got.